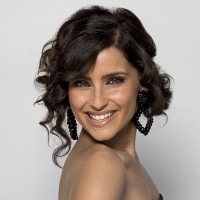 Shit On The Radio (remember The Days) Letra

'Shit On The Radio (remember The Days)'

Chorus:
I remember the days when i was so eager to satisfy you
And be less then i was just to prove i could walk beside you
Now that i've flown away i see you've chosen to stay behind me
And still you curse the day i decided to stay true to myself

You say your quest is to bring it higher
Well i never seen change without a fire
But from your mouth i have seen a lot of burning
But underneath i think it's a lot of yearning
Your face, the colours change from green to yellow
To the point where you can't even say hello
You tell me you'd kill me if i ever snob you out
Like that's what you'd expect from me, like that's what i'm about

Bridge:
It's so much easier to stay down there guaranteeing you're cool
Than sit up here exposing myself trying to break through
Than to burn in the spotlight (open fire!), turn in the spitfire (open fire!)
Scream without making a sound (open fire!), be up here and not look down (open fire!)
Because we're all afraid of heights

Valorar 'Shit On The Radio (remember The Days)'