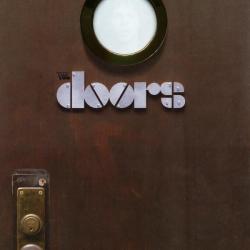 This is the end
Beautiful friend
This is the end
My only friend, the end
Of our elaborate plans, the end
Of everything that stands, the end
No safety or surprise, the end
I'll never look into your eyes...again
Can you picture what will be
So limitless and free
Desperately in need...of some...stranger's hand
In a...desperate land ?

Lost in a roman...wilderness of pain
And all the children are insane
All the children are insane
Waiting for the summer rain, yeah
There's danger on the edge of town
Ride the king's highway, baby
Weird scenes inside the gold mine
Ride the highway west, baby
Ride the snake, ride the snake
To the lake, the ancient lake, baby
The snake is long, seven miles
Ride the snake...he's old, and his skin is cold
The west is the best
The west is the best
Get here, and we'll do the rest
The blue bus is callin' us
The blue bus is callin' us
Driver, where you taken' us ?

The killer awoke before dawn, he put his boots on
He took a face from the ancient gallery
And he walked on down the hall
He went into the room where his sister lived, and...then he
Paid a visit to his brother, and then he
He walked on down the hall, and
And he came to a door...and he looked inside
father ?, yes son, i want to kill you
mother...i want to...fuck you