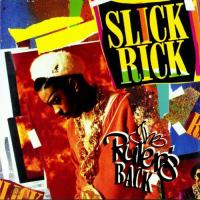 Yeah, boy!
Check it out Slick, ya know what I'm sayin?

No complaining
I reached my destination and its raining
I'm in Columbia, the Bond steps off the plane and
I hear a hollar from a bro with ring around the collar
Its chief of police, grease Bond, tell me to follow
Treated me to everything, no taxin, maxin
Gives me a hotel suite for me to relax in
Seems everyone was in my silk drawers
A cloud does it have to bug me a daffy nerve
Jumpin out the closet, word up, dead nigga
Said \"Chief how do you figure tryin to arrest me, the Double for the
murder of the nigga?\"
Now in a cell, but not for long, and now I'm out, I hear a weeping
One asleep, other sleep, kept creeping
Bumped into another, my appearance was alarming
(To who) some lady that thought I'm charming
Please, the way I is I don't even have to say hon,
So who's a Don?
You better believe the nigga keeps girls fond,
The name's Bond!

Well, I'm outside and its the chief with twenty thiefs like the brainiac

Aware because the Double 0 was bucking like a maniac
Till nobody lives, so hon, nowhere to do correct
Said \"excuse me baby, but where they hiding the hooker at?\"
\"Around the block, but chill at least chill till the storm has stopped\"
Decided it was a helicopter, sounds like its warming up
Grabbed ya leg, shot the chief, someone said \"Stop hawking\"
Shook me off at twenty-thou, the Bond got up walking
They was laughing as they left they grew thinner like Iraqi,
Got the plans from the dying chief of police in her pocket
To make it even worse honey girl was definitely rattin
Was holding her in a club that was happening in Manhattan
I'm on the plane in the day seemed nothing was a phasing,
Except for the stewardess jocking the Amazing,
But kept my composure, had another honey hon,
Who the Don?
Better believe the nigga keep girls fond,
The name's Bond!

Back at home in New York, I didn't want to get too overfly
You want to know why I pulled out my 535i? (pimp!)
Boy I see some lookouts with some girls that's annoyed
It was a private engagement for the dealer and the boys
Double just passed the hoods with their faces painted
Walked in, say a good twent girls fainted
Throw cousins all out but seems that everyone was shitting,
And man I was so cool I even carried me a kitten (reowr!)
Trouble for the Double 0? Wouldn't swallow that
Who's the man with the Golden Guuuuun and all of that
Turned curls of mercy, left blood on the walls of
Rescued the shorty who was all on the walls of
Whore said \"You're late!\" I don't want to hear none of your dissing
Nabbed the cash, made a good twenty million on the mission
Good job, not to mention had the balls honey hung
So who's a Don?
Better believe the nigga keeps girls fond
The name's Bond!