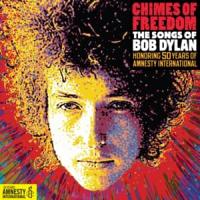 Old Reilly stole a stallion
But they caught him and they brought him back
And they laid him down on the jailhouse ground
With an iron chain around his neck.

Old Reilly's daughter got a message
That her father was goin' to hang.
She rode by night and came by morning
With gold and silver in her hand.

When the judge he saw Reilly's daughter
His old eyes deepened in his head,
Sayin', "Gold will never free your father,
The price, my dear, is you instead."

"Oh I'm as good as dead," cried Reilly,
"It's only you that he does crave
And my skin will surely crawl if he touches you at all.
Get on your horse and ride away."

"Oh father you will surely die
If I don't take the chance to try
And pay the price and not take your advice.
For that reason I will have to stay."

The next mornin' she had awoken
To know that the judge had never spoken.
She saw that hangin' branch a-bendin',
She saw her father's body broken.

These be seven curses on a judge so cruel:
That one doctor will not save him,
That two healers will not heal him,
That three eyes will not see him.