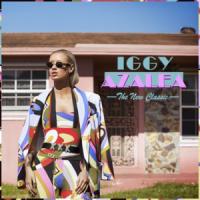 [Verse 1: Iggy Azalea]
Ain't this what y'all need me for
You done pissed me off what is y'all leaving for
Oh what? A white girl with a flow ain't been seen before
Bow down until your knees get sore
Treat Neimans like a grocery store
Selfridges get the same rapport
Ask Bey' when we off on tour
Hopping out a fly whip screaming "This ain't yours"
How famous can one get 'fore she get tired?
One phone call that make all the money get wired
Uh, spit fire that'll burn down an empire
20 deep in the Sprinter tryin' the Benz tires
Wave hello when I breeze by ya
Make enough in ten months
I could live off or retire (woo)
But I just won’t quit
Tryna figure out which part of this you just don’t get huh

[Verse 2: Iggy Azalea]
Same critics wondered if I had it in me
Now want me to play friendly
But how the hell you play friendly when the mention of my name could cause a media frenzy
The cameras flash everywhere, make it hard to miss me
Lately I been crazy 'til a psych will commit me
After any competition coming up against me
You think it’s anything better, then come convince me
Until then I’ll be leading the race
So bow down, put your knee to your face
While I make wine outta water, turn rappers into martyrs
Set it off whenever I-G-G in the place, uh
Young rapper, Goddess
Y'all a boring read like Rapper’s Digest
I could never see you fall like I skip through August
I’m thinkin' bout now would be the time to start this