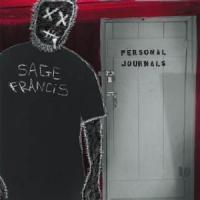 Sun set and sun rise I'm my own personal light show
Flipping switches...moving from basin bottoms to plateaus
The Earth...manipulates itself beneath me
I stand still...stagnate. Can't kill...this lagged state

Life...manipulates itself around me, but I'm dead still
Upright...but dead still
Word is still born...I will not stoop to the level of the stoop that y'all chill on
If the building's boarded up and the children of the corn
-er Liquor Store don't want to kick it no more...
because holes have filled the wall, sneakers are scuffed & toes have become sore

I saw y'all walk from the hood of tough luck
Yeah, if these walls could talk they wouldn't shut the fuck up

Jump in your pick up truck. Drive from the mountain range
Cash the chips in on your shoulder, cut your losses, die young, count the change
How strange...you think these clouds look lovely?
Smoke signals...manipulate themselves above me
No symbols...are below me enough to overlook
I know you read my every move, I wrote the book

Mind not the blemishes that are on my premise. Endlessness is my \"to be continued...\"
Notice the nervousness in my footnotes when being interviewed
Shaking uncontrollably. \"How you doing?\" \"Not bad...how about you?\"
Brought it right back to me like \"What've you been up to?\"

I don't talk to freaks. I even ignore my neighbors who live down the stairs
I walk the streets. And they don't know that I'm famous in 2000 years
So I say shit loud in their ears and I spit a wretched verse in their face...
Disrespecting their personal space
In a split second, curtains and drapes get closed
They think they've shut me out, but I can see their ugly mouth in the shape of \"O\"s
I'd break their windows with a stone that has a note attatched
that says \"I hate Jim Crow, and here's a poem to let you know the haps:\"

\"I've got a golden axe and I chop cherry trees down
Dead to this world. Bury me now.\"

I am from a distant place that sits and waits for my belated time to come
but its too late I've missed my fate. I \"F\" with the deaf, blind and dumb
My father taught me one thing...how to fire a gun
I don't bother...this is survival for fun

I have become the most sinister sin city clicker
cynical dim witted trixter
critical shit grinning hipster
Whisper...to my earhole...tell me not to be fearful
Be careful
not to make any...sudden...movements
Show me your sole...I like to study shoe prints

I am not here to make a change. I break chains
I break dance moves and move Strange--
Strange Famous is infamous for inflammatory mission statements
Living in basements with subterranean secret service agents
With little patience. A pediatrician who hate kids
Women's lib is getting choked to death by their own baby bibs
Baby, did you know I love women who hate mankind?
I talk about it all the damn time....keep it comin' HUH!!!

This conversation is mine. I own all the stock in boring small talk,
And I've trade marked this facial expression called the \"gawk.\"
So fuck off. I dis functions souped by ninjas and hockey fights
While discussion groups infringe upon my copyrights
All them bitches want me tonight...I've been so great and respectful
They only get salty when I bend them into the shape of a pretzel
I make them flexible when I break their schedule. It only got hard...
When I asked 'em politely not to fight me and to give up...God
Damn...this is easier than I thought it would be
They'll attend any party and not fight it as long as they're invited cordially
Unfortunately, I've only got so many hundred openings
But talk to me, I want to take you all under my broken wings

Who's the right man for the job?!
Put up your hands y'all because I'm not tall enough to stand up to God

Who's the right woman?! Throw up one hand...and wave it now