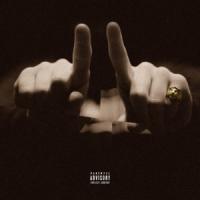 I fuc*** a bitch and my ethic is with the line on them
Her boyfriend got a problem and we riding on him
Pinky ring with the diamonds on them
Moving, safe to say we tied while we flying on them
Look, I don't mean to rap this braggadocious bullshit
Cause if you did it, I would turn your music off
There's a difference when I do it, cause it's real
There's a difference when you do it cause you saw
(Please shut the f*** up)
Does anybody got a problem with it?
Would anybody tell me to my face?
Cause everybody wants to be a greedy little f*** and steal my plate while I was saying grace
(I won't have it no more)
Look me in my motherfucking eyes
Show me that you real as what you rap about
Ain't nobody in this whole damn room is fuc*** with me
That's facts, I would love for you to ask around
Oh, f*** no, no, no, no
No we're not the same
F*** her in some polo, film GoPro with aim
Slow-mo, that hoe goes while she gives me brain
Ride dolo, I'm solo, I know I won't change
My bitches look like they models you seen on some magazines
Smashed in my hood in my jeans, while we playing some Blackbear in back when we f***
Cause that "Hustler" and "Different Hoes" shit is my theme song, damn
If you want it, I got you
I don't let nobody know shit, I won't spot you
Ask me why I'm talking this shit, cause I got to
It's me and Ansu, you can go bring them thots through
It is what it is, this is not what you want
Keep talking that shit and get locked in the trunk
F*** anyone who tries to speak in my presence
You dead if you thinking I'm not finna stunt

Bitch, I got that shit that they heard about (x5)

I have four hundred texts that are not even opened
That's fuc***, cause I'm not even famous
I'm not close to an A-List, not even on a list
So what's it gonna be when I make it?
I never once said I'm the nicest so
It's funny if that's how you take it
Reality check to you bitches that's hating
Reality comes with a face-lift
We running this bitch and we all in it, all in it
Squad deep as f***, who you frauding with, frauding with?
Phones off the hook, all these rappers keep calling it
Fraudulent, declining call again
Someone tell me how I started this, started this
It's just a matter of time before we draw in this, draw in this
Bitch, what the f*** is you arguing?
Get off my dick, I'm appalled to this
Look
To be honest I ain't never had a motherfucking issue with somebody in this rap shit, period
Chilling at the top of the pyramid
Yeah, you're okay but I'm a little more experienced
Funny how I heard your new shit but I ain't hearing it
Grab you by the neck and put a spear in it
Look you in your eyes and put some fear in it
Pussy ass rappers on their periods
Y'all do not work fast enough, hit that gear a bit
I was thinking about a million
Me and [?] were making all these strategies to get it
Me and [?] were telling all these record labels
"Fuck, cause if you ain't coming correct you can forget it"
I'm never gonna regret it
Every other artist is pathetic
Every other artist doesn't even have the heart to spit the shit they want to spit and it's upsetting
If I thought about some shit then bitch, I said it
And that's embedded

Bitch, I got that shit that they heard about (x5)