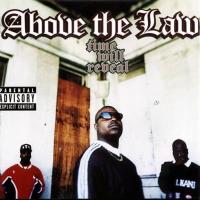 This year is to drop, ten years of calm
What we strived, to innovate it, you know what I'm sayin?

Four scores and seven years ago
The homies that I know figured out, how we can get paid of that gangster flow
True in that.. breakin' the whores with that Rap shit
F*** that jack shit, benefittin' nothin'
Givin' the world a little somethin'
My comrades on the block still duckin'
Pumpin' the junkies with that Killa Cali'
Flippin' a quater to a half, see
Bird was the word, they kicked that attitude into the industry
I never knew that my Cap was old Chavy
I only have fates, and two are my players, Mr. 187Um or Mr. Glock K-Oss
Were all you niggas hear our shit?
Then other fools came benefit it
Believin' in the managers but they were just strangers
Didn't let us know about the paper workin' danger
Rules in the land of shiesty, hookers they came fiesty
People said.. we was on the winnin' team
Peelin' the grip, and it wasn't just a pipe dream
And we still chill blowin' that hell of steam
So you know shake the spot, because it ain't right be chillin'
Where them hookers and panties be droppin'
Got a letter in the mail said the west wasn't true
Sold a million records, so thank you
Player hatin, on while we still innovatin, pushin' records across the nation
So apocalypse with a pack of the clips
Here we got a beef, so I think you better worry

Now, I'ma free their minds, and free their souls
It ain't nothin' but the bomb shit comin' on sole
Y'all, a little somethin' for them player haters
Who think they got flavor like Nam' Laters
They'll get popped, mobbed, dropped
Spit out, it's kind of hard to speak
With the tech all in their your mouths
We do them just like the old days
They got beef with the crew, they got it raised, to get sprayed
It's like that all day, always
I'll be true to this shit 'til my grave
Yeah, Gangster Rap made America checked her neck
Yo, when change the whole contexts
Because, I went from dope dealin' to makin' millions legal
Only me and Meegos, yeah, in ten years in makin' notes
Still got the same Limo, and got the same Benzo
Keep it funky at the gangster bate
G'd up, put it down with the gang fate
Yeah, it like my mamma used to say:
If you go in like that, you'll go out the same way
That's why I always be myself
Cause I get no respect, tryin' to be somebody else
And that's realer than the realist homies I know
You might as well patch your face right, rap at the Sight Show
Or be a $10 whore, cause there ain't no level allow you just might go
Don't come around, I'ma clown
Cause I got more macks than Dann, when I get down