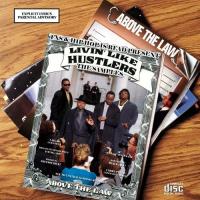 Flow On (Move Me No Mountain) Letra y Canción

'Flow On (Move Me No Mountain)'

[ Dr. Dre ]
Hey yo, check this out, y'all
Since we almost at the last song
Won't y'all kick some of that fly-ass gangsta shit?

Once again, a black ni*** named KM.G
And now it's time to drop some real pimpin shit
Knowledge it, cause we livin like hustlers
Comin from U.S.C
For those that don't know
That's the University of South Central
So bless the 40oz
Cause this is somethin to jump on
Why, you can drink whatever
Like I said before, ain't nothin changed but the weather
'bout to take you to a higher plateau of hustlers
Hustlers beyond control
Homies ranchin, rollin nationally, clockin hoes
We was there when the pimpin shit was put down
Yo, 187
(What's up, man?)
Yo, this shit is flowin
(Muthafuckin right, it is)
Yeah, let's take our time and do it the way a player would
(Alright)

Okay!
Here we go, flowin on and on
What's this we're doin so well? That's the name of the song
Let's break it down, we're rollin nationally, clockin hoes
Well, just to turn em into freaks, but if they turn to foes
We don't need em, we know too many backstabbers now
In our face they say they're with it, behind they back they put us down
And try to clown a player like me, 187 from 'Mona
And my homie the rancher from the city of Toners
I hit a corner, cause they ballers in L.A
We give our props to the homies that be clockin on the Trey
They sayin, "What's up, gees, tell me what's happenin
I heard you're clockin dollars, but you're still out there rappin"
You should know, it's my cash flow, now I'm just hangin
With these beats called dope and these rhymes that I'm slangin
That are so fly, we can't deny, we must reply
If we twist it in two zags, we can all get high
Off this shit, it's so legit, label it Chronic
Cause if our rhymes was a robot, they'd all be Bionic
Get up and get with it, if not, we feel we're owin
Throw your hands in the air while we keep on flowin

Yo KM.G, I think we got em locked on
See, flowin is a art from the heart of a player
So we gon' do the next one like this, man

People say we have such strange vocabulary
To define these words you need a underground dictionary
Plus trey lifetimes of the inner city knowledge
And to get this, boy, you see, you can't go to college
Now see, you gotta be around when the shit goes down
Not only spectating, man, you gotta throw down
Yeah, and check em in a bottle like if you were at Ceasar's
Or maybe over somethin like money and skeezers
That's why we got this rule: first come, first served
And if you don't know the meaning, just listen to the words
I'm sayin, I don't be playin when I'm housin the scene
I keep my Locs on, because I know you on fiend
But I take them off, it's just because I'm scrappin
But I put em back on as I commence to rappin
Well, we do a show, rock the house and get paid
Take a bitch to the mote, then get laid
Send her home with a smile, cause it's worth her while
She's to the homies how she did it and she went the mile
I'm talkin whole nine yards, if you can understand
Cause I'm a playin muthafucka and I'm in demand
So flow on

See
Untouchable players in effect
Makin all the big pay-offs
Callin all the shots
Ballin
Punishin punk muthafuckas on the 12-gauges
I call on K-oss
Knowledge Over Sucker-Spinners
Dopeness jumpin off
Gots to be platinum-bound
O.G. G-O, a mack, a arson, a chiller and a killer
A double-dose of the mega-flex
Like all you gees that think you're niggas with attitudes
You ain't got it like that
Cause Ruthless done fixed that
(Hey yo, what happened to peace?)
F*** peace
I'm outta here

Puntuar Flow On (Move Me No Mountain)

* Agradecemos a ChamLee por haber añadido la letra 'Flow On (Move Me No Mountain)' de Above The Law.