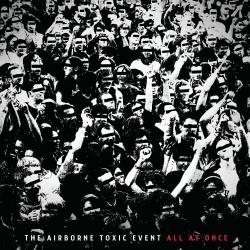 Well I never knew my mother
But I can't say it was so bad
She was still a girl of seventeen
The night she met my dad
He was just six months out of Chino
Trying his hardest to stay clean
And they'd sing, and they'd sing, and they'd sing
Like doves sleeping with broken wings
In a bed fit for a king
"It didn't mean a thing"
It was a shotgun-forced wedding
But they forgot to bring the guns
They were too busy counting promises
To the children not yet born
No one could afford the ride
They just hitched up the 101
But they'd sing, and they'd sing, and they'd sing
Like doves dancing with broken wings
With a music for a king
"It didn't mean a thing"
There was a loneliness, they would confess
Like the world had gone bad I guess
So they'd hold hands looking into the eyes of god
And they'd say tell me why'd you hide from us
Why'd you fill this world with wickedness
Why'd you spare us from your grace
But not the rod
Now my dad says f*** the details
You just keep your head down hard
You gotta find yourself alone before you'll find the eyes of God
You may be broken, scared, and battered, dear
I confess to your hearts dreams
But you were born to be a peasant not a king
So just stop acting like you're running from something
You gotta leave the way you came without a thing
With your heart tied to your mind tied to a string
And you sing, and you sing, and you sing
"It doesn't mean a thing"