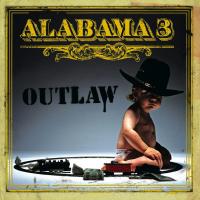 Have you seen Bruce Richard Reynolds? He's a man we'd like to find
They say The Great Train Robbery, he was the mastermind
And his firm they pulled the greatest turn the world has ever known
Two million quid was stolen, the firm split for parts unknown

Well Reynolds and some people got together as a firm
While doin' bird in Wormwood Scrubs he heard about a turn
To rob a train, but it needed brains, so Reynolds scratched his head
'When I done my bird, I'll rob that train', that's what he said

When Reynolds left his prison cell he started on his scheme
He contacted old Gordon G. and Tommy Wisbey's team
They came to an arrangement and a partnership was made
By summer '63 the scene was set for Reynold's raid, yeah

On the night of August the 8th y'know the raid went like a dream
A hundred and twenty mail-bags full of money was stolen by the team
But someone left his fingerprints and the guys were soon on charge
But they'd only caught the muscle 'cause the brains were still at large, yeah

On the grapevine came the news that Mister Reynolds made a vow
'Well no-one grassed on me,', he said, 'I can't desert them now'
'And the iron bars and prison walls, they do not bother me'
'I've robbed the mail, so I'll rob the jails and set my whole firm free'

By August '64 old Charlie Wilson left his cell
By late in '65 Ron Biggs said 'Adiós' as well
Have you seen Bruce Richard Reynolds? He's a mastermind you know
Just walking through the walls of jails and lettin' his firm go