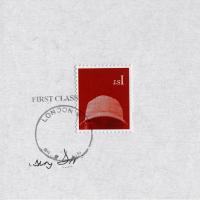 'Corn on the Curb'

I broke down a few more barricades
Got me a few more accolades
Used to look forward to the weekend
Now every day's like Saturday
Surrounded by stars
Come chill with the constellation
Then she asked me what my real name was
And killed the conversation
Sometimes I've gotta scratch my head
Like big man ting on a level
Only my mum and dad call me Junior
What makes you so special?
No Rolex timepiece
No Hublot kettle
But still I know when it's time to jump in the car
Put the foot to the pedal like

Yeah, I don't care about VIP
I've got very important places to be
While I'm asleep, I'm making a beat
Girls in the house getting naked for me
What I'm tryna say is basically
Never get a joke man mistaken for me
Corn on the curb if a man diss me
My niggas got the biscuits in T
Santa Claus used to miss my house
So I decorated my own Christmas tree
Ring man's phone if he think's it's beef
What do you mean, 'who is this, blud?' It's me
My niggas been on crime
Don't get it twisted cause I don't beef online
My niggas violent, my niggas loopy
Something you ain't seen on Vine

I don't want a like, I don't want a follow
Diss me today, link me tomorrow
I've got goons that can't leave the country
Above the law, under obbo
I know pain, I know sorrow
I know empty, I know hollow
I just flew my Gs out to Amsterdam
And I told them 'thank me tomorrow'
Cuh man have been in the kitchen
Experimenting with the whipping
And you see, the road ting and the music ain't mixing
Would've thought man was playing baseball
Way man are outside pitching
Never been a punk, never been a victim
Wanna hate on me? Wanna hate on Storm?
Fuck that, let the kings in

I start ringing MCs
Go radio, I start swinging MCs
I was in the trenches, everyday grinding
You couldn't say a man weren't bringing MCs
I will pick up the phone, start ringing MCs
Bars inna my touch, bringing MCs
They know I've got Skeppy on my team
We were on road, living it, skilling MCs
Producers, plus we are living MCs
Bare vibes we have given MCs
I was there back in the day when it was garage
And them man said they wanna get rid of MCs
But them man couldn't get rid of MCs
Cause since then, we've become bigger MCs
Some MC Det
Skibadee, Baseman and Trigga MC

[Verse 4: Skepta]
Yeah, us man are blazing powers
Them man are blazing Benson
My bredrin said it's his birthday
Took him onstage with Drake and Section
Hate my niggas cause every day, it's another great invention
Wanna talk about loot? Then I bring the loot out
Talk about shootout? Better be a shootout like a western
Cause I don't fear no man
Think you're a killer but your name ain't Cam
Oi, pussyhole, don't look in my span
Cause you might get shot on the road like 28 gram
And you know who I am
Shower man down like Fireman Sam
Drive to your ends on a two-year ban
With Solo in the transit van
Nah, you can't diss my mum
Shots start fly out and man get bun
Fling on my black garments and dun
Dry skin between my index finger and thumb
I hate man like a nun
That's why I wanna buy a haunted gun
Can't get killed before I get to see my son
Them tings can't run
They got me thirsty for blood again
They got me talking crud again
They got-

Yo, fam
Yo, Chip
Talk to me, man
Where are you, though? Who are you with?
I'm on my Js, blud
Sound, man. This ting has got me, blud, I'm not gonna lie, fam. I'm not gonna front, fam
Mad pressures from every angle, fam
Yeah?
It's come like I'm too ambitious to be with the mandem on the road but, I'm... like...
I can't be up there with them people either... you know what I'm saying?
I'm too black to be up there, you see what I'm saying, fam?
I don't know, I feel like... I feel like I'm in limbo, Chippy. I feel like I'm in limbo, fam
Fam, you're going mad, fam. I've been
I've been waiting to speak to you, fam
You're going way too mad, fam
Like what the f*** did you mean like you don't know why I mentioned your name, fam?
Like North London, fam
You got the call from God to do something deeper, bro
Like, you got the call to go and make everyone look at everything else that is happening over here, fam
You get me?
That's a deeper calling, bro
Like them callings there, it's not everyone's phone that gets that ring ring there, you see what I'm saying, fam?
Like super powers fam, super charged, bro
I hear that, fam
Like just being you alone, fam, niggas getting to watch
You're doing what you're supposed to do, bro
Cuh we ain't seen nuttin' like this happen before
Who's seen the country flip on its head like this, fam?
These youts don't know what's going on, fam
They ain't got a fuc*** clue, fam
Independent to the T, fam
Love, brudda, man
I needed that powers. Power up fam, I don't even like hearing you sound like this, blud.
I needed them. The mission's deeper right now. Love, brudda. Mad. Alright, fam, I'm gonna shout you, man
What you saying though, everything good?
Blud, love you bro, man, just do what you gotta do. Man's doing what I gotta do, fam
You already know, bro. Powers. Powers

Puntuar Corn on the Curb