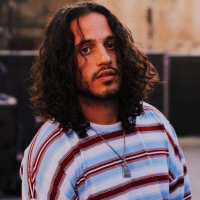 Yeah, the cash came I ain't trippin' on a past flame
Even if they were dimes, yo how many 10's what my last name
Is this the rap game or high school politics?
Boss could be on Maury 'cause they got a little poppin'
Before I show up, that's when the deposit hits
You only want me now, that's what I have problems with
Five-star sweets, Trojan wrappers on the floor
That's the aesthetic when you getting half a mil' on tour
Now I'm back for six weeks, plus I should receive my plaques soon
Shitting on the game, I'd probably hang it in my bathroom
Last June I was broke, this June I made a hundred
Before and after, didn't change me, though I stayed a hundred
Show me someone else who's doing what I'm doing
Singing, rapping, mix and mastering, engineer, and producer
That's every song with no exception, plus the catalog longer than a lot of veterans
Mention me amongst myself 'cause I'm the first of my kind
You live a Semi-Charmed Life, cause your third eyes blind
I'm a shepherd, not a sheep, but I heard it's my time
Was in the shadows for so long, I deserve all my shine
Got some women you would love to f***, left her on read
Got some homies 'bout that arm leg, leg, arm, head
I should call it a night, too many women can be dangerous
You let 'em behind the scenes, all of a sudden they start framing us
I make enough to alter her perception of me
The older you get, the more expensive lessons will be
Gotta tighten up, move a little bit more militant
Coming down your block, looking like we copped the whole dealership
Penthouse suites, but couldn't tell you what city
Same ones who stayed down with me gon' be up with me
See that's the code you uphold when you know what it took to really grow into the star you all know so
When Bugus touch down, I got the Bentley waiting for him
In L.A., the next time I'd probably play the forum
But for now, catch me selling out the Novo
No debut, no openers, I'm solo
You're trapped in the club 'cause you can't sell tickets
Your album flopped and you went ahead and fell with it
But f*** y'all, I'm a business man
I'm smoking caviar off cones in my sprinter van
On the phone with my lawyers talking about eight digits, yeah
Just to be safe, even my safes got a safe in it
False accusations, think I'm done with the groupies
'Cause one bad scene can f*** up the whole movie, so
Fuck these hoes, man I'm out the game
Plus they jump around quicker than House of Payne
Break the bank for the family, take everyone to Waikiki
My homies up big in Africa, knock you out in dashikis
To my family, I'm Russell, to these women habibi
Ex's know they played themselves when they see me on TV
Big money offends, small minds too bad
I give my girls a new life, you give your girls a new bag
Doing interviews with Forbes 'cause the come ups amazing
I got a new fetish for jewelry and expensive vacations
I got the industry shook
Like "how's he's popping like this?
I don't know him, but he's still got 60K on his wrist"
Now I can't go to the mall, 'cause I'll probably get mauled
And I lie, I wasn't busy
I'm just ignoring your call
'Cause maybe I feel like you don't really deserve a response
'Cause you were curving me crazy when I was trying to get on
Now I'm fresh up in the game, and I already went gold
'Cause I gave them what they want now they losing control
Had to do it myself, pull the trigger on my dreams
Always knew that this what happen, manifested everything
Now they gon' write about me
Like they were right about me
Some people looking like they wanna snatch the white up out me
That's new to me, forgive me for being jaded to my race, but I been color blind
That wasn't just a mixtape

Yeah, one of eleven, I put out eleven
Produced, mixed, mastered, and engineered, written by me
Yeah, this just the beginning though
Yeah, debut shit