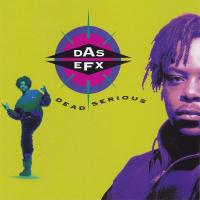 Aiyo peep it, can you keep it down while I rock
tick tock about this chick around the block?
She was high host, to the most hostess, no boastin
Back in '85, she was live, yo no jokin
A real go-getter, didn't try and sweat her
Fifteen years old and she was pushin a jetter
She had loot, moms and pops dukes had the bankin
She walked around school and the stunt would act stankin
Bitch, young Miss, only dated older fellas
My slang couldn't hang, no thang, I wasn't jealous of her

Oh yeah, where was I? Bustin, now I'm ready
Now it's '87 and Miss Thing is goin steady
She was schoolin, chillin 'cause her man was makin papers
Tellin all her friends that these niggas caught the vapors
He found her, phoned her, then yo we boned her
Soon came a smack then he act like he owned her
He used her, 'bused her, fractured her wrist
then the Tommy got slapped behind her back gettin dissed
I was buggin, nuff on the stuff that I was seein
But that's how it goes for the hoes when they're bein......

Aiyo mirror, mirror, mirror, mirror, mirror on my dresser
Remember that chick Loretta, back in the days I used ta sweat her
I wanted to smoke the boots, troop, it didn't matter
She was kickin it to my man Stan who's livin phatter
than me, hops, chillin in my hoodie and my Reebok's
Now she's in a jam 'cause, Stan was slangin rocks, but
look at me now, honey, 'cause this the morning after
I'm yapper, a nappy-headed undaground rappa
Word to mom dukes, she was suits so I took her to my show
Just to show my niggas that the hooker was.....

Ah the show was phat, now it's back to the room, G
Yo mirror, this is where Loretta tried to do me
My neck was on her tongue, *?Ep's?* was gettin swung
Krayz was gettin biz with the friend that she brung
Then she took it upon herself to let me know she's in the mood-a
Then she licked her boot-a, oh shoot-a, I screwed her
I showed her, I rolled her, from here to North Dakota
I gangbanged the boots like a Brooklyn troop oughta
I stuck it in her [BACKWARDS], bust a nut, she was starvin
So I pushed in the bush til those lips started partin, but she was.......