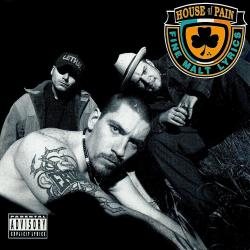 Put Your Head Out Letra

Put Your Head Out (Letra/Lyrics)

I rip shit like a bow when I flow
And I score points with the joints that I throw
Cause I flow deadly
I'm no punk see
I break backs, make tracks and get funky
There's no one to run to cause nobody cares
MC's drop to your knees, say your prayers
The luck of the Irish is about to kick in
Prepare to die and notify your next of kin
I'm goin' all out, buck, duck and call out
That's how I'm livin, punk you better stall out
This is the House of Pain
To come inside is insane

Who steps the booze
When the hoods want to take a cruise
They're feelin' the effects of the booze
Ain't no clues to hold with them fools
Who got smoked even though they scrat crews
You got bruise but I got the booma
Trigger to blast ya askin the bull
Take my life shit, I'll take you to school
In the do what's the difference if your think of droppin Jews
Carbon copy think you're so cool
Stop dreamin' and hallucinatin'
You're caught up in a piece of pain
Click click, punk, now you're thinkin' oh shit
Quit while you're ahead before I fill you full of lead

Blessed with the gift, and gifts with the rhyme
I never say quit when I'm out to get mine
It's live and let die, sit back and get high
Smokin' a fat blunt, waitin' for some punk
To act up like he's got somethin' in him
Then I grab the mike and start spittin' out venom
Coughin' up headstones, blowin' out headphones
Steppin' to me, you'll wind up in the Dead Zone
It's nothin' personal, that's how it goes, G
Step up with beef, and you'll wind up losin' teeth
Cause I don't give up the mike that easy
Step back, this ain't government cheese, G
You can stand in line, but you ain't gettin' it
Talk all the shit you want, but I ain't sweatin' it

Datos de Put Your Head Out

Puntuar Put Your Head Out