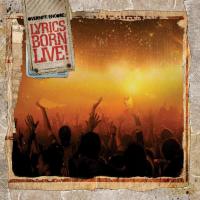 Now many songs do you figure that I've written
Since I originally started making records in this business
Back beginning in college, and it's been a menace since then
But the principal challenge, it ain't really that different
It's about me not repeating myself at all
Or at least repeating myself the least amount, I suppose
The reason being is that we need some songs
That lead us off the beaten path between my rhymes
But listen though, it's difficult now a-days
To really go against the grain, get you some accolades
Especially with these frigid, finicky, fickle-ass motherfuc***
Think they finally figured you out, the fake-ass fuck***

Man, f*** that shit, I pay my taxes when I'm asked to
I'm not enthusiastic about it, but shit I make it happen
Yeah, it's last minute, but goddammit they cash it
"This is fiscal harassment! They keep touching my assets!"
Now I imagine I might be feeling different about it
If it was given outright, witnessing it helping somebody
But it just so happens in life, the school district's too crowded
There ain't no teachers in sight, that's why the kids are so rowdy
I just imagine some asshole with glasses on up at the capital
One of a thousand pawns packed in an office, cramped up like animals
Pictures of his sister, his mixture Lhasa Apso poodle
His 2.6 kids and the missus thumb-tacked to his cubicle
So damned detached from the average man's planet he can't fathom
That he can ever be anything other than stats, fat and taxable
He's getting his usual, ritual 2 o'clock cup of noodles on
Fuc*** you with your W-2, with his John Denver music on

Is he a role model we can all follow full throttle
So we don't bother having to create our own model
That we go by? A fall guy I can hold accountable?
Cuz I don't want to hold the bottle for my own child
Is it really my place to raise little Billy
when Hilly and William should be building with
him in the living room
Instead of bailing on him, and alienating him,
and basically failing him
Sending him sailing on a mission to oblivion?
Then, inevitably on his day in court and Billy ain't to blame
The bailiff asks him to raise his arm and say his name in court
Of course his parents ain't in court, they play it off
Saying it ain't his fault
Blame it on Asian Born, or his favorite artist
Beg your pardon?
Now, I do admit that in the music business
people do and say some really stupid shit
Kids are zooming in and using what we do and say
I can see how you can say "do not abuse your influence"
But to all the Hillaries and the Williams of the new millennium
If you really aren't feeling like living
with the children will be a fulfilling experience
Or something you envision yourself willingly
and unconditionally committed to from the beginning
Maybe you shouldn't be bumping bellies
from the giddyup anyway, dummy