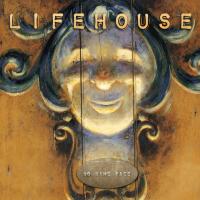 Catch your breath hit the wall scream out loud as you start to crawl back in
Your cage the only place where they will leave you alone 'cause the weak will
Seek the weaker until they've broken them could you get it back again
Would it be the same fulfillment to their lack of strength
At your expense left you with no defense they tore it down and i have
Felt the same as you, I've felt the same as you, I've felt the same
Locked inside the only place where you feel sheltered where you feel safe
You lost yourself in your search to find something else to hide behind
The fearful always preyed upon your confidence

Did they see the consequence when they pushed you around
The arrogant build kingdoms made of the different ones
Breaking them 'til they've become just another crown
Refuse to feel, Anything at all refuse to slip, Refuse to
Fall can't be weak, Can't stand still you watch your back,
'Cause no one will you don't know why they had to go
This far traded your worth for these scars for your only
Company don't believe the lies that they told to you
Not one word was true you're alright, You're alright,
You're alright