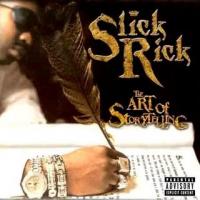 [Slick Rick:] Excuse me Doug E. Fresh
[Doug E. Fresh:] Yes
[Slick Rick:] Have you ever seen a show when fellow on the mic
Wit one million rhymes and don't come out right
They bit, they're never right, that's not polite
Am I lying

[Doug E. Fresh:] No, you're quite right
[Slick Rick:] But tonight on a starry mic you're about to hear
[Both:] We swear the best star rappers of the year
[Slick Rick:]So, so, Cherrio, yo scream at brotha
[Both:] Also if you didn't know this is called the show

Well it started up on 8th Avenue
And I made up the name the Get Fresh Crew
It was me, my true DJ Jerona, that would be
My right hand man Ricky D.
I used to rap and sing, make sounds and things
For example, here's a telephone ting
(Ring, ring) Hello, is Doug E. Fresh here
(No, he's not in right now)
But anyway, no more delay
Just check out the new style I display
Now you got to be fresh to rock wit fresh
And I'm D-O-U-G-I-E Fresh
And I'm know for the...
Not for the...
The human beat box on the entertainer
No other label that fit me plainer
In a passing generation, I am a remainder
And I'm also known as a beat box trainer
Cashing checks, make sound effects
And after I'm finish rocking, Slick Rick is on next
(You know it) Slick Rick

Well, here's a little something that needs to be heard
Doug, I was walking downtown (Word Rick) word
(Sure) All along, no one to be wit
Step on the D-train, 205th
I saw a pretty girl (so)
So I sat beside her
Then she went roar, she was Tony the Tiger
I said, oh darn, there has been a mistake
Honey, my name's Slick Rick, not frosty flake
(Oh, golly wolly) She was raising hell
She said, um, my name is Maggie but you can call me Michelle
(Rick sings)
Bust a move, we show and prove
Hey, yo, Doug, do that funky jam on a groove