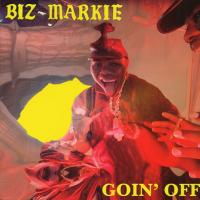 Can you feel it
Nothin' can save ya
For this is the seaon of catchin' the vpors
And since I got time, what I'm gonna do
Is tell ya how to spread it throughout my crew
Wel you all know TJ Swan who sang on my records
Made the music, \"Nobody Beats the Biz\"
Well, check it
Back in the days before this began
He usually tried to talk to this girl name Fran
The type of female with fly Gucci wear
With big trunk jewelry and extensions in her hair
When Swan tried to kick it, she always fessed
Talkin' about \"nigga, please, you work for UPS\"
Since he wasn't no type of big drug dealer
My man TJ Swan didn't appeal to her
But now he trucks gold and wears fly Valley boots
Rough leather fashions and tough silk suits
Now she stop frontin' an' wants to speak
And be comin' to all the shows
Every single weekend
To get his beeper number, she'd be beggin' please
Dyin' for the day to get skeezed
She caught the vapors

I got another partner that's calm and plain
He goes by the name of the Big Daddy Kane
A mellow type of fellow that's laid back
Back in the days, he was nothin' like that
I remember when he used to fight every day
What grown-ups would tell him he would never obey
He wore his pants hangin' down and his sneakers untied
And a rasta-type Kango tilted to the side
Around his neighborhood, people treated him bad
And said he was the worst thing his mom's ever had
They said that he will grow up to be nothin' but a hoodlum
Or either injail or someone would shoot him
But now he's grown up, to their surprise
Big Daddy got a hit record sellin' worldwide
Now the same people that didn't like him as a child be sayin'
Can I borrow a dollar, ooh, you're a star now
They caught the vapors
Now I got a cousin by the name of Von Lee
Better known to why'all as Cutmaster Cool V
He cuts scratch, transform with finesse
(cuts and scratches)...and all that mess
Well I remember when he first started to rock
And tried to get his job in a record shop
He was in it to win it but the boss fronted
Said, \"Sorry Mr. Lee, but there's no help wanted\"
Now my cousin Von still tried on and on and on
'Til the like break of dawn
To put this j-o-be in effect
But they'd look right past him and be like \"next\"
Now for the year of '88
Cool V is makin' dollars so my cousin's like straight
He walks into the same record shop as before
And the boss'll be like, \"Von, welcome to my store\"
Offerin' him a job but naw, he don't want it
Damn it feels goo to see people up on it
'Cause I remember when at first they wasn't
Now guess what they caught from my cousin
The vapors

They caught the vapors
Last subject of the story is about Biz Mark
I had to work for mine to put your body in park
When I was a teenager, I wanted to be down
With a lot of M.C.-deejayin' crews in town
So in school on Nobel Street, I say \"Can I be down, champ\"
They said no and treated me like a wet food stamp
After gettin' rejected, I was very depressed
Sat and wrote some def doo-doo rhymes at my rest
When I used to come to parties they'd make me pay
I'd have to beg to get on the mike and rap that day
I was never into girls, I was just into my music
They acted like I wanted to keep it
Instead of tryin' to use it
But now things switched without belief
\"Yo, Biz, do you remember me from Nober Street, chief?
We used to be down back in the days\"
It happens all the time and never ceases to amaze
They caught the vapors