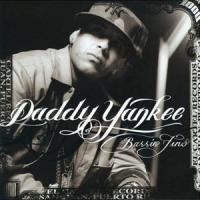 If looks to kill time used a gavana a cure
I accompany siguiendome in a caravan ....
If by my enemies to the table I trairian
A vivora meat and vinegar drink ...
I Crucificaran in a murderous act crude
But they are wrong I lifted my God with health and life ..
If the government were rappers do not exist ..
We launched the jail and the death penalty asked.
This tramples on that and that helps the human being ...
There is a good loyal friend who is like a brother.
Blood weighs more than water but midela well ..
There was blood dirty fijate Cain and Abel

I am of the capital of crime and in the air is perceived
A spirit of death that devours what they live.
If I meet all villages proposing
A truce on behalf of those who have left (NO FEAR!)
I diria my people here myself am a brave
They asked not spilled
And the innocent blood settle as men and not fail each other
But that is lost as a dream to see the 3 parties united
Fighting for the good of Puerto Rico.
They see that education is poor in the housing projects
They need more teachers needed materials,
To create more leaders and fewer criminals
(There are hearts there with personal problems).
If I were to give him back while sanarias wounds
That marked his entire cuerpolavaria hands of the _______ with his spear
Also at the event, I would have to give the massacre fall
While dying on the cross but had to die to save the world ..

It is that the world's hearts are created wise in his own opinion,
But it should be an end because walk in the ways of perdition.
There is not hearts
Forgive his brothers but you know that God himself will not pardon
For their sins.
There are hearts that help without asking for anything in return for his and
Nobility found progress diario.Hay hearts treacherous who likes
Fool sincere hearts but the second is worth more than money from the
Worldwide.
And there malignant heart that haunts us like angels
But there is a dead heart more powerful than ever that protects us and never
Sera and passed it to search and find what will be forever blessed.
Refugiate health and life.