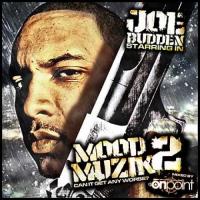 It's stuck between platinum and flop, underground and mainstream
Concious, backpack, scratch that, same thing
I'm somewhere between the real and the fakeness
The red pill, blue pill, real and the Matrix
And I can't take this
If the game needs a new look, I'm between a tummy tuck and a face lift
And everything I say in these pages
Is straight from the heart, nah magazines, y'all can't rate this
But I'll be debatin it, it's a bit outragous
Like it's an air virus, and this shits contagious
I'm downloadin like niggaz actually play this
Maybe I'm buggin out, maybe I'm on a spaceship
See I was on my stay out chill shit
The way Mouse kills shit, I'm here just to lay out real shit
Besides, other dudes styles remind me of spinnin rims
That shit got played out real quick
See some wrote him off, some said he was done
Made a joke of, hope he enjoyed the run
I don't enjoy bein shunned, so I'm back as Neo
Fans enjoyed The One, annoint me as begun
I had the whole hood thinkin' he would never eat
Rappers tried to diss, thinkin' we would never meet
I heard it if you said it
You wrote it on online then I read it, now I match it ni*** bet it
Cause I remember clearly
Once "Pump It Up" stopped soarin, there's a few mother f**kers stopped callin
See I remember shit spread like cancer
I would call folks said, folk ain't answer
A few chicks runnin started pullin they pants up
A few stopped actin like my private dancer
But a lightbulb hit once they started the neglictment
See there I was, thinkin' I was all that sexy

Can't be finished, what ni*** I beg ya pard'
I just let niggaz get a head start
I walk to the finish, y'all spread out chase
Nah spead out pace, and I'll still win the race
See I'm joggin
Other niggaz legs starts wobblin, when opportunity is start knockin
You got the crown, pass off like Stockton
It's time to work, I'm offically clocked in
He is a problem, weavin and bobbin'
Through the speculation that his label tried to drop him
I can't leave, even though it's big options
Kev only signed me, to keep this shit rockin'
Don't ask me how I'm doin, I been better
Stuck in cold Feburary, with a thin sweater
I'm far from a "YES" man, I'm a trend setter
It's no games, just a Def Jam Vendetta
Don't put niggaz in the same sink as me
I mean metaphors, storylines, deep shit, club shit, girl shit, world shit
They don't use to ink like me
Niggaz don't even THINK like me
Who sees what I'm watchin, he ain't poppin'
Don't deserve to drink water from the tub that I wash in
WAIT, start again, it's a privilege to breath the same air that I farted in
They want no parts with him
I dare niggaz categorize me
If my names on a mixtape, then capitalize me
I been stopped goin' to Mixtape Awards
Don't need them to tell me, the mixtapes is yours
I had other ideas, while hittin' loot
I'm thinkin' red carpet, I went and copped a suit
See I'm thinking Grammy's
Sunglasses on, with my On Top family and a bad bitch handy
Each day there's a "W", it felt like heaven
I'm at an actress's house, that felt like neckin'
R&B on, looked and felt like Meagan
Gave me headache too, I felt like an Excedrin
Talk very fly
Least until I bought every pie, me bein' war readys in my eyes
And these dudes might as well be Jamie Foxx
Trying to sound like somebody that already died
The kid keep a snub wit 'em, good pair of gloves wit 'em
Your first week ain't right, they can't f**k wit 'em

Now if you don't sell 5 mill, they had enough of 'em
Let me find out Hip Hop's turnin' Republican
I'll sum it up to what he is about
Still new to most, they still feelin' him out
Things were type bland, Joey seasoned him out
I'm the nicest dude out since "Reasonable Doubt"
Say it ain't so
Rest In Peace Luther, there's some other niggaz gay on the low
So live, who can see 'em, no guy
I'm the Mets, was suppose to be ill in '05
As ill as the flow gets, need a pill a dosage
So if you can't tell, I'm prepared for '06
About to OD, anybody that know me
Can tell you I'm bout to make shit feel like it's '03
More like '99
No names should be mentioned but mine, unless you talkin' Big Pun in his
prime
Maybe '96 Jay, before Dame was throwin' money around
Or 2pac without Humpty around
Or 50 before Em, Nas talkin' like a gun in his song
Cam'ron during "Children Of The Corn"
Beans before the cops came through and try to grill 'em
I'm talkin '95, Big L before they killed 'em
Em before 8 Mile, Shyne before the jail shit
Canibus, no album out before the L shit
Talkin' bout Kiss, DMX when he was f**kin' wit coke
Or Cuban Linx, with Raekwon and Ghost
I do it all, who blendin' so well in the game
Talkin' Fab, back when he was still spellin' his name
On my Diddy shit, Memphis Grizzly shit
Like back in the day when Clue swiped all of Biggie's shit
Rappers don't need trouble with I
Unless it's Rass Kass before the D.W.I
Or Talib with Mos, Common before "Be"
If they any less common, don't put 'em before me
See, I'm not a rapper, I'm a prophet
Chill Joe stop it, skill will speak for you, don't pop shit
F**k jail, I'm on my payroll cop shit
I call that bootleg cable, it's no box shit
All black, lookin' grimey in the crowd
Heat on him, no shirt, don't try me when I'm out
I toast somethin' tiny that'll blaow
Ain't gotta see Paul Wall, if you want somethin' shiney in your mouth
I probably fool cats, cause I don't ride out in some big car
In the streets, like I ain't some big star
And these young mother f**kers, is about to f**k up
Like leavin' they whole career in some bitch car
No names, but it's no sublime
Nigga you know who you are, I'll end it before it goes too far
Your pub still f**ked, you a liar money
Joe's still spendin "Pump It Up", "Fire" money
Glock for hire money, don't try to mug me
Call ASCAP, maybe B.M.I for money
Please, what's wrong wit 'em, somethin' ain't the norm' wit 'em
Ain't too many dudes out there, out performin 'em
Some require these skills, I was born wit 'em
Street's askin' what's takin' so long wit 'em
Jump Off, I'm the best to happen
He's the answer, the who's got the next in rappin'
I suggest you ask 'em
If Hip Hop is all smoke and mirrors, then I'm the Windex and a napkin
New dudes is whack, some vet's is has-been's
Some were Top 20, till I crept right passed 'em
It's a wrap, Joey sealin' it ni***
Cold out, Long Johns still dealin' it ni***
Still peelin' it ni***
If I only get 'em two times, just know it was the dilinger ni***
It's that YAK music, don't know how to act music
Gettin' my Kanye on, puttin' out "Crack Music"
Car jack music, out what they lack music
Send my little man, get rid of the pack music
That I'm back music, that click clack music
That A-Team, Muggs, that Fab and Stack music
Now who said they f**kin' with me
They just said that f**kin' with me, they didn't mean it (NAH)