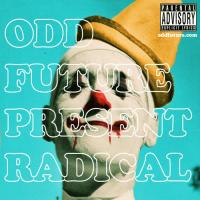 [Verse 1: Earl Sweatshirt]
So I'm guessin there's questions that need addressin, huh?
Like how we fresh in our adolescence and wreckin them
Hand them tracks, he destined to make a mess of them
Snappin necks and records in matter of seconds check them son
Lost an erection and found it in an aggressive nun
Fuc*** chin-checkin punks til he's outta breath and done
No FX, in these doper than cess sessions son
Chillin for a while on a pile of the rest of them
Let the crowd choose who can fuc*** last longer
It's the rap monger, rap monster Earl Sweat attack, conquer
Lose least, niggas lost like the last blanca chica
That we picked up at the last concert
Please, get out ya seat, get out ya seat, verses written with scalpels
He's the junior king standin out shoutin on the balcony
How come he's not in counselin? F*** loud while he's sound asleep
Heard he was dope as Sour D, ni*** was Courage cowardly?
Stay Gold, alchemy, ni*** we rap's Alpha Team
Mr. Teen and Mr. T with a mouth full of powder
And a nose full of chowder, he's choppin up all the doubters see
Now watch him count the bodies like bitches be countin calories

[Verse 2: Tyler the Creator]
F*** with the Wolf, we startin' to bark viciously
Catch us in a pile of bodies where dead b*iches be
Box Logo hoodies and goodies from buddies that understand
That Bastard was buzzin like Woody so we get it for free
Had to duct tape the mother goose the mask was off
I stumbled down a hill then I had Jill jack me off
Harder than my dick when Taylor Swift is in my basement
Cause I've been doin' this since Pooh fuc*** Christopher Robin, son
Wolf Gang knitted on my cotton like some smelly
Dirty rotten ni*** picked it from a cotton gin
Do not give a f*** I've got the swagger of a virgin's dick
But if I did it would be bigger than Earl's upper lip
Sip sizzurp, Supreme on my shizzirt
I munch a bunch of tacos with Waverly's favorite wizard
The favorite ni*** turned into Freddy Kruger
And this that raw shit, dead bodies chopped up in the sewer
From the palms of Jeffrey Dahmer, baby mamas said the kicks
Beat like the brown lip balm that was made for Rihanna
All you fuckin' bloggin' faggots yappin' up that extra shit
I'll shove Bastard down your throat, regurgitate my excrement
Them 2DopeBoyz is fairies they're Peter like boysenberries
Meet the scary, turn his white ass to a Jim Carrey twin
A fuckin' sausage fest will them shaky niggas get married then
2DopeBoyz don't want beef, they're just overweight vegetarians