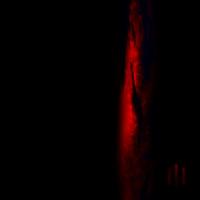 Chopper: One shot to my head, one shot to Rennet’s…are your ready Rennet?
Rennet: I don’t think I want to play…
Chopper: Are you ready?...you don’t wanna play…Bad Luck

[Marty]
We never came to wreck everything that you were living for
(It just happened that’s it,)
You haven’t heard of us I’ve been a murderer this is a
(Classic Action acting,)
Like I’ve been up on a pedestal, you are the metaphor
(I’ve Been writing slowly,)
We are the virus you don’t have the antidote anymore
(Kill you softly only,)
Cutting the ties with the ‘tied of me’
Try to rewire me via my tiring
Like a leviathan, I’m here to fire them
Liar we’re higher than hippies retiring
Never Aspiring, Finna rub the chalk off the black board;
Please don’t tell me what I can afford
Never birthright-gorrilla-oh wah-war lords
Liquid sword swing a corner like a 4 door
Generation fed by Ritalin we don’t want anymore
(It's been getting lonely)
Best bring an umbrella for your girl when I walk in through the door
(Bleeding from the copping)
____Said I won’t pop, won’t pop till you fall
See your girl drop she drop to these balls
My outlook on life, see they call truth depression
But had you all guessing from how I’ve been stepping

[Obi]
I don’t wanna be…. anything less than a symbol
But still I wanna kill it, wanna be there to the end till
Mans respects, mans will get merked in a sec-end
Ink up on my neck its triple one to the death end
Say I got a gun for a tongue, motherfuc*** I’m a weapon
They don’t even know me, they don’t even question

[Obi]
Bitch its – eyes low, running empty
My pockets locked from shady hands just tryna roll a 20
You think it's hot, but only know the face don’t know the message
Spend a month inside my head you’d probably fuc*** end it
(Sour you don’t know me better)
Every little body I done, got the best of
I’ma go and lick on the sun with the rest of
Sip up on a bottle of rum get the test off
Liquid in the pit of my lung that’s arrest of
Cardiac but back snapped
Cover my trace I’m eyes closed
With eight crystal bottles, a case and hydro
Piston pump in line smoke
Got my wrist in chains but I’m broke
Risk for change that I know
Got a blistering game of hot flow
Never miss the shot when I go
Get twisted up by god knows
If you see me in the thick of the cut then gung ho

[Marty]
Everyone is thrown back it’s a fact that I’m a tall man
Centerfold snap in my lap like contortion
Ripple like the nipple of nuns all aboard Triple -
C LXV, Double X IV Foursome

[Obi]
Break from the core, never ready for the war man
Coursing the halls with calls of mid morning
Crash tackle the mill; drop bombs with no warning
I came to kill, you sleep in beds dormant