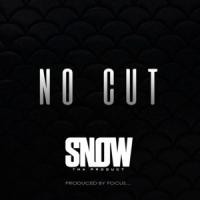 Charlamagne: You know who's the dopest and up and coming but no one's paying attention to her?
B-Dot: Who?
Charlamagne: Snow
B-Dot: Nah
Charlamagne: Snow is dope
B-Dot: I listened to a couple of her joints, it's not for me
Charlamagne: No, Snow is dope
B-Dot: I can't get jiggy with it
Sway: Snow Tha Product has been putting it in for a long time now, man
Charlamagne: But Snow's dope though
B-Dot: Ok
Angela Yee: And Snow Tha Product, I see she was also nominated, Charlamagne you really like Snow
Charlamagne: I like Snow! How Snow didn't make it?
XXL's Vanessa Satten: She did well with the people' champ. Definitely was up there, but just didn't make the cut of?we already had 12. As it is, it's really hard to fit that many people on one cover already and have everyone in it get seen. We believed in the R&B element and didn't want to take anything away from it
Charlamagne: Stay Woke. Lets talk to our guest, man. I have been a fan of this young lady for a long time, make some noise for Snow, y'all
Andrew Schultz: Snow!
Charlamagne: Snow, what are you a product of?
Snow Tha Product: Am I allowed to curse or no?
Andrew & Charlemagne: Yeah!
Snow: This fuc*** music industry
Andrew: Why what happened?
Snow Tha Product: It's fuc*** bullshit

I am no longer competing with these bitches, it's a mockery
F*** a lane, we're not even in the same race
Couldn't quite put my fuc*** finger on what's stopping me
Then I lapped them so bad they think we in the same place
I've been moving
You don't want no friction like Newton
Shit about to snowball and it ain't gone stop
Y'all gone lose it
This is my court I'm well suited
Ain't no jury left hung
Bitch you taking that loss
Look, I've been doing me and I've been stacking up
Downplaying what I'm earning now I'm laughing up
Bank statements doing numbers, bitch, so now shut up
Watch the lil humble struggle rapper coming up
Cuz all these blogs got y'all broads gassed up
All y'all got no bars, y'all washed up
No Tide, no softener
My rhymes are hot stuff
Snow White just rocked up
Y'all lies and all cut

And every time they do get represented, it's usually by a female that's trying to sell you her rhymes with sex and just a set of just rhyming and instead of just spitting her shit up. So, I'm gonna bring my lil' homegirl up here. It's my little homegirl, Snow Tha Product. Tu quieres hablarle ala gente? You wanna spit a lil' verse for them? Aight...

I been watching bitches come up off of shit that they ain't write themselves
Cuz they done sold what I still have but mine is not for sale
The game's a marathon, ya bitch, and only time will tell
Y'all cosign, fly by nights and then watch them fail
I've never been the type to be impressed with none this regular shit
I think the hype around a rapper is a hell of a trip
I think the eyes tell it all and it's so evident that I'm just so obliged to announced that this game is television
And all y'all fraudulent
That's why you broads in this, salty as condiments
You bothered that I'm back and all of it just like I thought it would
Cuz some of y'all went crazy and some of y'all fell off
Some of y'all ain't shit and some of y'all still fraud
I could've called it back when all these fuc*** labels got involved
I guess they thought I was like y'all fuc*** thirsty for a dollar
F*** that!
Snow don't fall for no bullshit
I kept my publishing and sold Woke and the movement
Get no cut

You know what I'm saying I mess with lyricists, man. I got Snow Tha Product on the new album, man y'know, on a song called "So Dope." People want to see her, y'know, and I hope her label, I hope they put out her album, 'cause we put out our people. If I would've gotten at her the two years my partner, Travis was like "You gotta check out Snow". I was like "Yeah, yeah, yeah. Ok". And I was so busy that I never did, and when I did, I was like "Woah" and it was too late

Cuz all these blogs got y'all broads gassed up
We're not even in the same race
Game's a marathon, ya bitch, and only time will tell
Lapped them so many times they think we're in the same place
I've been moving
Hype around a rapper is a hell of a trip
All y'all fraudulent
I've been stacking up
Some of y'all crazy and some of y'all fell off
The lil humble struggle rapper coming up
We're not even in the same race
Snow don't fall for bullshit