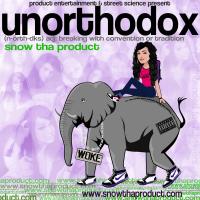 [Verse 1]:
I never meant to do it and I swear that I never thought it would get this far
This fast, this way, I can't think. Oh my god, look what I just did
This ain't how it's supposed to go; My life is flashing right before my eyes
And I know I've joked, and I know I said I would, but I never really thought that there would come a time

When I'm standing above her and she ain't moving, ain't breathing, ain't even trying to fight back
This happened way to quick; I ain't need it, I can't see this, why'd it have to happen like that?
All I remember was arguing and she was talking hella much and causing problems and
All I was doing was ignoring little common shit, all of a sudden I remember yelling "Stop it, bitch!"

And then I blacked out
Let me think
Why's that towel
On the sink?

I've got hella bad images and flashbacks
And why the f*** am I holding two trash bags?
Okay, I remember choking her with that rag
But why was this
[Hook]:
You can try, you can try...
It's the point of no return
You die, and now you've got no time
And now you [?] the consequences of your actions
And you see it's nothing nice
It's nothing nice

Cause I told her to stop cause she talking too much
I thought I would have had enough patience, but
All I know is, f***! I'm a-need to run
Before the cops bust in and I get cuffed

In the movies it seems like it's victory
When the bad guy died, but oh shit, the scene
Must have been cut out cause this bitch is bleeding
And I can't even fuc*** think or see

How am I going to get out of this apartment?
I don't even know when it got dark, and
I'm a-need to throw up; I feel carsick
Only way right now would be arson

I'm a-burn this bitch down, cause there ain't shit now for me to do except pray
But why would God listen to me when obviously I fuc*** up and went the wrong way?

You see, sticks and stone may break my bones but certain words were said
And it can go either way but say it to the wrong one and someone'll end up -gunshot-