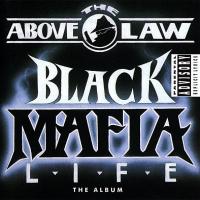 Aight, this shit is fly
I know Dre didn't do, the motherfuc***, but you know what
This shit ain't right unless I'm rappin on this motherfuc***

You goddamn right, I got somethin for it
Matter fact I got the motherfuc*** right here in my pocket
Give me a motherfuc*** beat

Alright, let's do this shit

Batter up, and let me hit you with some crazy-ass shit
Welcome to the E's bottomless pit
Where I play the muthafuckin executioner
Thinkin' of devious things of a murderer
Yes, the menace of all menace's back in the Guinness
Book of Records for smokin motherfuck***, you see
Cause there's only one E-A-Z-Y-E
And I'm kickin the Chronic on this A-T-L LP
So one motherfuc***, two motherfuc***, three
All you punk bitches better respect me as a G
Cause I got the dope sack without a motherfuc*** doubt
And when the shit hits the fan it's outta my mouth
Kickin that gangster shit, boy, it pays
And if you got the Buddah then motherfuc*** blaze
And hit it for the city of Compton
Shouts goes out to those who remain foes
Cause I like to be the motherfuc*** underdog
And if we got beef (*bullets spraying sound*) leap like a frog
I used to be the quicker picker upper bitch
But I took recess and it's time to rip shop
By the way I gotta earn my dap
And it's always on if a ni*** wanna scrap
And you don't stop

Well alright
Yeah yeah, that was cool, E
Yo, we gotta let Kokane get in here and do somethin, man
Before he step off
You know what I'm sayin
Yeah, kick it

Aaah...
Dibbi-dibbi sound-boy, dibbi-dibbi sound-boy
Ready to catch you dibbi-dibbi-dibbi sound
It's like hear ye, hear ye, come one, come all
Kokane is servin' suckers at the player's balls
If you come in mouse and heel, you will get blasted
A tisket a tasket, we dump your body in a basket
Or bury you in a casket, dependin' on how you fit
We can go raggamuffin or get into some G shit
We'll take the gun or we keep the flavor
Cause when I flow, when I flow you'll catch the vapor
And now I'm rollin' on twisters hittin' them switches
I make a quick stop to collect from my many bitches
After bitches, they do my every deed
It's like some sell pu***, some sell coke, some sell weed
What you need, what you want I can supply
I got the new improved shit that's guaranteed to get you high
Yo, there's no shame to my game, my name is Kokane
I'm pimpin' bitches in the church, preachin' God's work
But I'm the smartest hypocrite around
So put your money in the basket and pass the motherfuc*** down
Sayin' what King James wrote
And I'mma give you the Holy Ghost for a motherfuckin' c-note
Ride around town in a all-black Ferrari
I said, 'Hallelujah, but the Lord gave it to me'
Knowin' that a ni*** is motherfuc*** wrong
I go the choir singin' that sad song

Yeah, but it's time for ATL to get in this motherfuc***

Black Mafia, Pimp Clinic on a level
Watcha' ni***, must remain above the law

Nigga, Cali comes to Harlem, or maybe Brooklyn or the Bronx

I paid 13.5 for some weight up in Queens
But you know, the ni*** had to run it, if you know what I mean
Cause I'm Jack, the motherfuckin' Tripper
And if you slip while I'm trippin', I'mma have to pull a clip-per
And hit a corner, buy a bird in Miami
Come back on consignment for my homeboy Sammy
Now Sammy down in Tampa for himself comin' up
A few birds in the street, now his ego is pumped
I pull a heater on a ni*** if the shit gets deep
That's on my homie, all my homies, may they rest in peace
To all the G's and Macaronies
From the City of Angels jackin' phonies
Elect me for kiwi?, smoke Buddha for breakfast
White folks in pinto's and niggas get Lexus
Check this, the ho-tamin', macadamian
Much, much gamin, works and the fame and
Too much dick for one ho, sometimes a ni*** gotta slang it
So the rich bitches gangbangin'
The Mafia pimps is back funkin the section
Twistin' on them twisters with the hump connection
Ain't nothin' changed from the time I began
Except a ni*** got a little more ends

Since I'm the last ni***, I'm the soul survivor
I got the illy illy style for the Jeeps and the Lowriders
I made a promise to myself that when you hear me
Kick the gangsta shit and stay gone hit? and make a sucker fear me
As for the bitches, well I don't have time
Cause I'm a young black hustler comin' up on a rhyme
So skip to the lou, my baby, more bounce to the ounce
Cause I don't wanna be the one with a bitch that try to take my bank account
Oh what the hell, oh what the hell, they all think I'm a simp
But they all fall in love when they find out I'm a pimp
Cause temptation probably killed some of my homies
Livin' in a world of backstabbers and phonies
If I was Tony the Tiger I would say the world was 'great'
If I was Mike Tyson I would be in jail for rape
But I'm not
I'm sorry to disappoint you cause I'm not the average Joe
That can flow, cause I believe that I'm worth much more
So I kick it like a humble ni***
They wanna be on mine cause I live much bigger
Why don't you say what you did when you said what you did to me?
Bitch, yeah, you all on my dick tryin' to gank me and my homies
But you know you never gets none
Because if gankin's bein' done I be the motherfuckin' one
From the east coast, the west coast
Now tell me who's the best coast?!
Who's the innovators and who's the perpetrators
Who comes first, yo, and who comes later

Cause I always wear my bulletproof vest, y'all
Whether I'm chillin' in the east or the west, y'all
You know I have to give my props to the best, y'all
And there's the suckers out there you put to rest, y'all

Yeah, cause I'm a ni*** that's hailed from the west
And I'm smokin' motherfuck*** like Elliot Ness
Yeah, and you don't stop