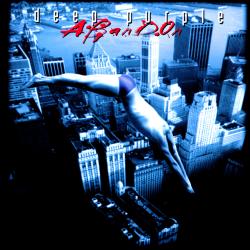 Flying through the night in a beat up wagon
A mike stand up my jacksy
Give me a beer and I'll stand on a chair
And slip into something sexy
Black Cat Woolwich, The Tiger's Head
The Cafe des Artistes, The Revolution and the Bag O' Nails

I'll see you down the Speak'
Your Ma said you slept real good in your food last night
But you couldn't hold it down
And you broke up a damn good fight
Ligging at the Old Marquee, spinning Jack a line
Even he knew better than me, back in sixty nine

On the road to Paradiso
Back of your head, got to pay some dues
Rugged looked down as the Thames swallowed
His life at the Boathouse, Kew
Hot girls, no AC, cheap TV, sleep on the floor
Hallelujah what's a roadie, hush my baby sleep no more