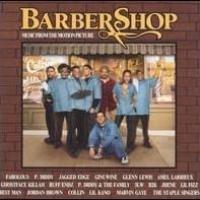 And We Letra y Canción

[Intro: P. Diddy]
Check this out
See where I'm coming from
The sun don't shine forever, you know the rest
[P. Diddy]
I ain't no joke, I used to make the mic smoke
Now I'm like, Kain, Rob, and Dep make sure it's broke (that's right)
The most around come through toast your town
And I'm the Bad Boy poster child (Bad Boy baby)
Now fool around girl do somethin with it (uh-huh)
Now that's cool girl move somethin with it (that's right)
And anything I talk I live it (yeah)
And everything as been like grining? (yeah)
Talk to 'em
[Black Rob]
Yo, this the Bad Boy mission and we got the goods here (here)
Play 'em to the left cause my right's my good ear (ear)
Trying to reach levels of a ill subliminal
Hoes know the fact that I'm a criminal (that's right)
The movie I'm facing, cutie looked Asian
One night, I bet she be off the hook paging them
(Singing) Soooo amazing, she's been waiting
[Chours: P. Diddy, Foxy Brown]
[P. Diddy} And we! We gonna take the crown, please
And we! Killin them clubs please believe
[Foxy] And we! Rock L.A. to New Heezy
[P. Diddy] And we! We can get fly and get greasy
[Foxy] And we! We pull up on them big things
And we! We make they ass and hips shrink
[P. Diddy] And we! Blind them with that bling
[Foxy] And we! Rock ya body, rock, rock, ya body, body
[Big Azz Ko]
The untoucha, put you on your butt quick
Same thing you was taught not to f*** with
Fontaine the flame, the game with the pain
And maintain the same eye frame I came with (that's right)
Same shit, new day, same language, new ????
??????with a +Tech+ like +Sway+
The shit 'round my neck like Dre
Think what your chick might say
[Female: Bad Boy]
[P. Diddy]
My aim's to change the game cold (yeah)
Been doing this since chains and Kangols (uh-huh)
I hold foes to paint like Van Goghs
Leave niggas on "what up" stank like mad hoes (oohhhh)
Choppin' it down, cockin' the pound
Splat gate, vacate, niggas locking your town
[Craig Mack]
Hey yo,
Don't try to play me for the same, same, same (as we proceed)
Last week you did it, caught a beating the same (to give you what you need)
(Underlapping chorus) You goddamn right I'm with the fam'
[Chorus]
[Kain]
(Overlaps last line of chorus)
Yo, spit that diva flow, fast slow, either o'
Keep that on a need to know
Freeze that so the milk ??? deep ????
Y'all can get beat, speak or go let the speakers blow
Stop acting like a half-a-fag
You don't wanna be shitting in a plastic bag
Gotta big green mit with a matching Jag (damn)
Bad Boy bitch, laugh at that motherfucker
[Foxy Brown]
I thought I that we won't stop (we won't stop)
I thought I told you Fox stay shotgun in the drop (Foxy Brown)
Take that rap game or rape that
And anything I feel I state that
I'm blatant like that (she blatant like that)
Can't feel bouncing right back
Fuck y'all bitches hating like that
Y'all niggas take heed when Fox rap
Bitches wanna dress just like that, the Sean Jean dress just like that
And I don't be frontin like that
I might just cock the hatch back, push the Bentley top back
I'm a Bad Girl at heart, shoulda made the move from the start
Bitch front bet the llama'll spark
(overlaps G. Dep's first line)
Motherfucker
[G. Dep]
??? the one who started the trend, be the first to reserve a the rims
So the insides match my Timbs
Make 'em say no fair, try to ball I'ma end your career
Like a can of Lysol put my name in the air
Say it, don't spray it might wet them up
Might push the panic button don't press your luck
Know the name G. Dep, I'm ghetto dependent
I'm in the hood like carburetors and engines
[Chorus]
[Outro: P. Diddy]
Don't stop now, let's go
Don't stop, let's go
Don't stop
We starting over
*Beat fades out