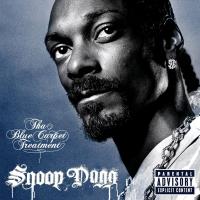 [Snoop Dogg:]
This is for the West and the East and the Dirty South
Khaki's and them Tim's and them niggaz with the platinum mouths
Thinkin that they blessed by the actions that be comin out
When you in Magic City you be carrying a lot of clout
But trickin ain't the route (route), that's even if you got it
There's a method to you holdin it when they can't do without it
Just put the key up in it ni*** if she 'bout it
You can have her and her partner, fuc*** with it for a dolla
If she a balla, she gon' ride with a shot caller
Roll with the Bo$$ Dogg in the back of a blue Impala
And if she follow.. then she gon' swallow
All the game you got to give her, be a different bitch tomorrow
But I would never bother breakin out +Tha Doggfather+
'Less I knew that she was 'bout him, havin diamonds on his collar
I'm just an author, spreading game to my partners
Walkin on the blue carpet with the Doctor (Doctor)