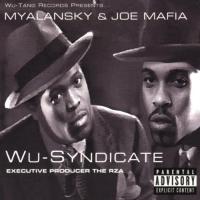 Money is power, give me your's, we break laws

Soon I'ma smack him up, his mans and them too

Yo, bag him up, smack him up

Doing this do or die lifestyle for ransom

Run but you can't hide, rich is what we long for

You get your wig split back, caught in this thug war

Peace to those men who do crimes ande never been arrested

Coming from the streets, gum on long dick

Get strong-armed for baggage, it's tragic, some Vietnam shit

Flat-lining all you cats up in a long wiz

Cook off this table, the cheddar is what we came for

Aim for, lay down boy, this ain't no game war

Cause me to smack all faggots, taking your chains off

Thugs spending half of your cabbage on a Range Rov'

Chopping while we spread up you nosey niggaz

Kidnap and capture bums, we swindell

On blocks packing, get them, jacking niggaz acting

As they blood-suck the sun, we manifest these platinum tokens

Look at snake eyes, wicked as a pastor's bubble eye

Imagine this, guns clapping, lamped like precussions of action

Why the sand in the hour glass elapsing

Cast were burning nostrils, ruger barrels on your tonsils

I link with rich cats who's pockets stay dirty

15 for half a crest, them drug lord's sniffing

Yo, back to the massacre, bloods courted in Alaska

Anatomies get fractured, Sampson was captured

By Philli-stinians, lesson's on in this millennium

Creep like centipedes, snatch stacks up from silly men

To my nested kin, I leave some Japanese yams

Innocent on some plead the 5th shit

See Doc'ors starilize me, seeing poppy in a Casa Lopi

Don't need to pursue me, Soloman, the dominant

Frequently cave us for selling dead birds in live cages

Fuck, who got stamina to last, I leave him dead-ass

with lead in his ass, caught in the rash

Villains got my world baptized

When exposed, my snuff nose busts all foes

So, what the fuck you suppose happened?

For calling me out, fuck rapping

We gun clapping, the sharp shooter

It be the case with the stolen ruger

And left the prosecuter puffing on the Thai ruler

In thug war the shit gets drastic, you bastard