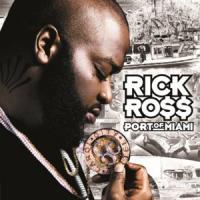 [Verse 1]
Lemme think back to '96
When Boobie had the realest ni*** feelin like a bitch
They go for 20, I was gettin 'em for the 17
A lil' G', look at me, I was 17
Born on the side of town where them killers ride around
Pull up on the block with a block, gon tie it down
Pistol in his pants and he stand like "Fuck you"
I'm from the other side where we ride like a bus do
Thrity-six O-Z's got me riding Lexus
Chevy at the crib, get the weed shit from Texas
Dade County D-Boy, deals on the yayo
Triple C the mafia, they kill when I say so
Before I wrote a song I controlled the zone
I had to feed myself but bitch I was on my own
Now I push shit bigger than the president
I'm at the white house known as my residence

[Verse 2}
I don't f*** with pu*** niggaz, took my shit to Jigga man
I went to Manhattan and came home a young millionaire
Money on mind, I'm a trill ni*** anyway
I'll slap a pu*** ass ni*** down for anything
Motherfuck the other side, pu*** niggaz bleed pink
Thats my opinion, wanna know what the chopper think?
We loading up them thangs, boy! I'm a head busta
Motherfuck the music ni***, where ya real muscle?
I'm in the white house, I'm in the white house
I put a hit on them niggaz they gettin wiped out
They gettin wiped out, and not one at a time
"Car full of dead black males" read the head line

[Verse 3]
I'm the fruit of the loom, I be flyin in lears
Gimme food and I boom, supplying for years
I'm on top of the world, I'm gettin money
Hundred grand in a day, EASY I'm gettin money!
Pull up real slow, I let the haters watch
Out of state plates, they in a state of shock
You niggaz go and fish, I got a plate of shark
You better play your part, you ain't gotta play a part
Got a AK that'll tear ya whole day apart
That stick'll make 'em sit like a Saint Bernard
I'm in the white house, time to close shop
Military wiped out, boy that was thirty blocks