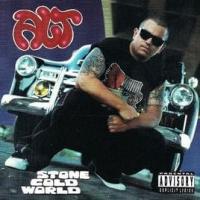 17 shots in my clip
I’m rolling through my hood muthafuckas dont trip
Then I saw the Liquor Store where they shot lil’ Joe,
hanging out the window, puffin’ on some Indo.
The owners on his knees and he’s out in the front
Cleaning up the blood from lil’ Joe, I dropped my blunt.
All Joe wanted was a 6-pack of Bud, but the owners fingers
itched
Now my homies in the Mud.
I pulled out my nine, without even thinking.
Plus I was high as a kite and I’ve been drinking.
Only three blocks from the police station
but I pulled the trigger three times no hesitation.
As I sped away I put the Nine at my hip
I only got 14 shots in my clip, Now.
The cops was on my ass in ‘Bout a minute
It’s all about a foot game I knows I’m gonna win it.

I’m hopping over walls, dodging little dogs
Then I got ghost like a phantom in the fog
I’m hiding in the bushes, Shooting at the coppers
Then I took five shots, I’m hiding from the lights on the
choppers.
and I know I’m facing death, I made it to my hina’s pad nine
shots left.

It’s a trip, betta not slip
just a little story about a gloc 9 clip

I’m the type of Vato that never had a good day
I gotta watch my back when I creep through my hood, ey!
I woke up in the morning, I’m next to my hina
Baby wake up Yo!, and then I got behind her
You should of seen that ass, I was just about to pound it
Then I heard the cops say 'We got the place surrounded'
'Come out with your hands up son'
Then I broke the window with the butt of my gun.
I fired at the cops (blast, blast,... blast, blast)
I used up four of my shots
I got the gloc 17 with the hollow points
f*** these mutha fuckas so, I spark me up a joint
I only got five shots,... 25 cops
The man with the mega-phone resembles my pops
So I, Took him out with a shot to the chest
Stupid muthafucka forgot his vest
Oh, Shit
I better not slip, I only got four shots left in my clip,
Now
The SWAT team came I better think fast
Here comes the tear gas thats my ass
I’m out the back I almost made it
but the cops black German shepherd means I’m faded
Then I had to think of my lucky # 7
I shot him three times and sent his ass to doggy heaven
Yo!, here come the pigs think quick
I pointed my nine but the gat went click
Then I felt my body get num,and it’s a trip
Just a little story about a gloc nine clip.