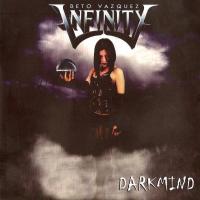 In the night, when pain starts to hurt,
all the colours turn into deep grey
and past lives feelings rise once again

Furious winds blow in Reinglow,
Leaving free thoughts of justice
with the hope to open people eyes to truth.
Hiding the history of a city where only Kanled will save them.

Angels promise that
All the kingdom of Reinglow
Will be protected forever.

At the beginning, it was a territory
Under the forces of a tyrant called Sleeter,
Nobody could dare say a word.

We need a change, nobles said
A man with good heart and courage would be chosen to be the
guide and to fight the evil forces that where oppressing Reinglow.

Several centuries passed by for all this to become true,
The knowledge of generations lies in our past.
And we will always remember that we were forever

released from our suffering.

In memory of the past
They will never be forgotten
those that fought for their ideals.
They will always live in our hearts.

Reinglow, holy and free land you are
Angels promise they will protect you,
Forevermore.