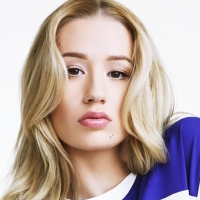 [Verse 1: Iggy Azalea]
First things first, I'm the realest
Drop this and let the whole world feel it
And I'm still in the Murda Bizness
I can hold you down, like I'm givin' lessons in physics
You should want a bad bitch like this
Drop it low and pick it up just like this
Cup of Ace, cup of Goose, cup of Cris
High heels, somethin' worth a half a ticket on my wrist
Takin' all the liquor straight, never chase that
Rooftop like we bringin' '88 back
Bring the hooks in, where the bass at?
Champagne spillin', you should taste that

[Hook: Charli XCX]
I'm so fancy
You already know
I'm in the fast lane
From L.A. to Tokyo
I'm so fancy
Can't you taste this gold
And the money bout to blow

[Verse 2]
I said baby, I do this, I thought that, you knew this
Can't stand no haters and honest, the truth is
And my flow retarded, they speak it, depart it
Swagger on super, I can't shop at no department
Better get my money on time, if they not money, decline
And swear I meant that there so much that they give that line a rewind
So get my money on time, if they not money, decline
I just can't worry 'bout no haters, gotta stay on my grind
Now tell me, who that, who that? That do that, do that?
Put that paper over all, I thought you knew that, knew that
I be that I-G-G-Y, put my name in bold
I been working, I'm up in here with some change to throw

[Verse 3: Charli XCX]
Trash the hotel
Let's get drunk on the mini bar
Make the phone call
Feels so good getting what I want
Keep on turning it up
Chandelier swinging, we don't give a f***
Film star, yeah I’m deluxe
Classic, expensive, you don't get to touch

[Bridge: Iggy Azalea]
Still stunting, how you love that
Got the whole world asking how I does that
Hi girl, hands off, don't touch that
Look at that I bet you wishing you could clutch that
Just the way you like it, huh?
You're so good, he's just wishing he could bite it, huh?
Never turn down nothing [?]
[?]