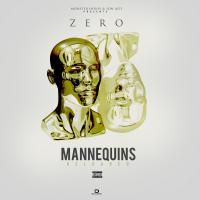 There ain't a single rapper running who's impressed me, yet
Not a single motherfuc*** who ain't saying he's next
I got nobody in my corner, I'm humble, but what I thought of
Could have made the coldest spitter go and break his sweat
And then I break his neck for looking back at me
Yes, motherfuc***, it's a tragedy
Serial killer of materialistic bitches and faggots is what I had to be
Naturally the beats and the murdering happen gradually
Oh shit, hear the clocks go ticking
Swear that life's overrated, that's some Roscoe's chicken
Got a bitch cooking naked while I f*** her sister
And make her mom do the light and make her take these pictures
It's a cold world, a cold world, and it's beat up
Pray I go to Hell so I can heat up
Kick it with my feet up
Tell the Devil, "fuck him" when he meet us
That's the nicest way that I could greet you
Nice to see you
I never took the same lane, I'm with the scenic
Sucker-ass bitches never seen it
Turn me to the meanest
Sick enough to make a bitch bulimic
Probably got to puke and watch the screaming
Sorry, bitch
And sorry mom, that I spit these thoughts
And even sorrier that I commit these thoughts
There's nothing you can do that can restrict these thoughts
It's a bad habit, I've been trying to kick these thoughts
Seventeen, you roll back with a vengeance
Back with the penmanship
In the presence
The independence never-ending
Like a run-on sentence
From ending, there's nothing less than this tension
That's building up to the entrance of no repentance
I've been the rudist
You can puke in, or useless rappers are using this music
Ruling, again abusing the mic, and it's laughter
Usually I don't do this, usually I go after these faggots
And tackle them, shackle them
Get a belt and then beat their ass with it
The Mad Hatter is back as a mad rapper
And I'm here to take over your mind
And that will start as soon as I take control of a mind
Then when I get then I'm using them both for the rhymes
Cause all my verses suck
It's sad to say it but I had to say it
Blow up your cabin, they a habit day
With these bullets in your face like a masquerade
Attached with a hand grenade
Tied in the back of a '97 Taurus that's black and grey
And I got Jimmy, he knows
So when I sign that deal
We blowing green like we doing some coke
And I can't do a fuc*** line without it going over your head
Like, motherfuc***, I just did it again so all that shit talk
You're walking with a big dog
I take you to the ring and I'm ripping your fuc*** head off
I'll double down and dude gon' take your bed off
And I don't know if you've got the message
Like an iPhone user that's got your "Read" off
Same faith from day to day
From rapping every state to state
From shutting every city down
To making more to every ways
Waking up to hit the stage
Flying to Connect in planes
Staying in hotels that got me fuc*** every maid to maid
From sleeping in, to sleeping with your sister and your sisters friend
From making money off of music, funny how that shit begins
Funny how the difference is the bitches I've been getting since
And getting recognized when I be walking down these city strips
Started off with dreaming of beginning by me waking up
Put my middle finger up the "Fuck the world, my patience is up"
Where's my millions dollars?
And where's my happy ending?
Cause I'm not no fairy tail and this ain't shit that I be making up
I don't do this shit for free
Give a f*** for what you know
Tried to run with me and then you realized you're too fuc*** slow
Put your name up on that line, told you that it's me
Only play for blue bills like I'm drafted up at Buffalo
Rappers brag a lot, they better Chris Brown and show me
Never been the number one, that's cause I'm the only
Can't recognize the mirror like I don't even know me
My heart is 'a capella' like that shit don't got no beat
Motherfuck the clusterfucks and shut them up with uppercuts
It fuc*** sucks, you must a bust since you don't get no managing
My eyes are closed, but I don't know
My eyes are open, I suppose I'm dead inside
And I arose, I am myself, a mannequin
I'm running right past
Got a West flow
Where this shit cold
Let me get sold
And the bitch knows
All the flip flows
That'll be the promo
Fuc*** never get, though
All up in the crowd of my next show
Sick mind for the sick rhymes
So sick that a bitch dies
Can't mind, got to get by
Ride waves like a riptide
F*** whoever hating, we blatantly hailing
And praising the second coming and
Making a son of Jason, the amazing
And greatest hater has zero patience
We ain't debating, don't got a second plan
We got to make it
Got to make it
Yeah