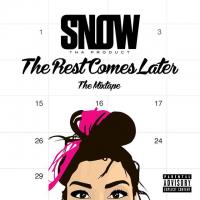 Whose It Is Letra

I know you got a job and a ride like that
Got the house and the bills, you divide that math
Got your part and your man's if he got off track
You the shit and you know it, you be all on that
Got a blazer and a white shirt, skirt or some black sacks
Cause you all about your business, never hit with that tax
And you're hella independent, goddamn you're not bad
But your man now be looking at these bitches like that

Y'all know I don't rap about sex, off top
Cause I can go harder and I'll rap nonstop
I don't need to pretend or nor do I cockblock
But these bitches out here sucking so hard, they lockjawed
I'm a chick with smart talk, go hard and nonstop
They say they call shots but call me cockblock
Your product all wrong, no cuts, no uh, uh
I'll chop you hoes off, I'm 'bout to show off

You really know how you got it when you do it
Cause you keep it on the low, you ain't ratchet, you ain't stupid
But when you homey with the flow and you be dancing to the music
When they saw you in the mirror in the private where you move it
F*** a cat daddy
You gon turn your ass around and look back at it
If they saw you they gon have to throw some cash at it
When you back it all the way its like bad traffic, bad habits
And in a
Gon' show 'em whose it is
Whose it is, whose it is, whose it is

Comenta o pregunta lo que desees sobre 'Whose It Is'

Valorar 'Whose It Is'