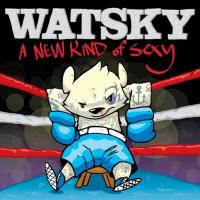 'A New Kind of Sexy'

My face is like the California government
In terms of how it tends to budget what it's covered in
Hair follicles are public school doors
Every day I open up a new pore
And close two more
But it's improper now to comment on what's risen
Because pimples pop up commoner than prisons
It's all blackheads-- no justice now
But they get overcrowded and I bust em out
I'm like Pop! Pop! motherfuc***, I'm a bad man
And some day my skin'll crack like the Badlands
Like my dad's is
But if that's all, I don't give a rat's balls
I'll wear them like they're badges
Damn a boyscout
They're manscout patches
Because I'm endowed, and how! Dammit
And I know my body makes you want to hang out bad
The way my skin is cleaner than a Shamwow ad
And someday you'll see my stubble from the Hubble
On my mama on the double I'mma look like Barney Rubble

Yo, I'm something like a Harry and the Henderson's
Notice every time my knuckles be married to the pen again
Cause follicles be flying out my wide pores
Double standard cause I love my body hair but mind yours, girl
I'm grizzly-esque, you bet he thinks the Yetis wonder "Is he blessed?"
My shoulder hair sheen like a solar flare
I'm a polar bear seeking out a bowl of Nair
Was he fuzzy from his childhood or early days?
Every time I cook I guzzle up a dozen curly strays (yucky)
My tweezers stay plucking
Your girly gets to floss her teeth every time she's, well
Kissing on my lower regions
The reason that I keep hair's cause it's good for colder seasons
But in the summer time I'm the asshole
Sun bathing at the beach, belly like an afro
I got a plan laid for my next bland date
Tell the boring breezy wait I forgot to manscape

I got a couple regrettable tattoos
But you can't see them when I wear a black suit
Got drunk off of Jagers out in Vegas last June
And them water parks kids yell "Look at that douche"
You know saying 'if looks could kill'?
Well my style is harmless, I shop at GoodWill
End of hipster, swap me hood feel
Four strip Adidas but that shit look real
Call me a fashionista, skinny dude
Give me food, cash or VISA
A freeloader who reeks of weed odor
Trying to get the freaks to scream like Ricola
One chick for me and one chick for Watsky
He love them older women that be screaming out "Yatzy!"
Topsy-turfy, I'm not so pervy
Compared to Intuition, well like them girlies
We like them brown, Puerto Rican, or Haitian
A new kind of sexy is sweeping the nation

JT brought sexy back, but it's a cheap one
So I brought that sexy back for a refund
A new sexy's begun

Puntuar A New Kind of Sexy