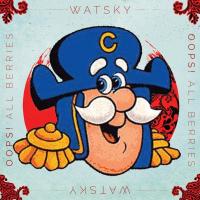 You know, I think it's hella cool
My mom's a librarian at an elementary school
I'm proud of her, she taught me how to be
And what's awesome is my mom is also proud of me
Her greatest compliment was paid
When she invited me as speaker to the whole fourth grade
She wanted me to kick some spread your wings and fly shit
Crushing on some inspiring touch the sky shit
What sucks is before I did
Mom couldn't show my videos to any of the kids
She realized all my clips had alcohol and opiates
And none of them had language that was close to age appropriate
So she said, "so be it just come be you today,"
And that was cool until we got into the Q&A
They raised their hands but all the questions that they had
Were why I used so many bad words that were considered bad?

Bad words
The shit's pretty complex
But kids, bad words are all about context
What the f*** is a bad word?
I don't know what's real
When you call "fuck" a bad word
How you think that makes "fuck" feel?
Probably pretty bad

The deal is I think it's a real pity
If you use a word to make a person feel shitty
Like saying "Arab" to make a Persian feel shitty
Not like saying "pussy" when you mean a real kitty
Or even saying "pussy" when you're stuck and you're tryna
Find a loving way to talk about your wife's vagina
"I'll love my wife until the fuc*** world stops
And when it comes to fuc*** pu***, Dinah's pu*** is the tops"
See? That shit's positive
But when you're cursing
Just be careful that you don't objectify a person
See, I would tell my mom that she's the motherfucking shit
Because she is and 'cause if it's our hippy Bay relationship
You see, "shit" just means "poopoo" or "caca" or "doodoo,"
But we say that it's a nono which I just think is cuckoo
Or loco or bullshit
Yeah, but it's okay because the fact that words are bad
Are what make them fun to say

Bad words
Are just our invention
Kids, bad words
Are about our intentions
What the f*** is a bad word?
I don't know what's real
When you call "shit" a bad word
How you think that makes "shit" feel?
Probably shitty