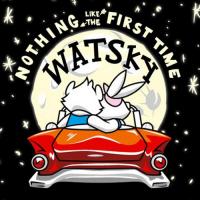 All I Ever Wanted Letra y Canción

'All I Ever Wanted'

My looks wrong, I know I sound odd
But when I hit the mic the first time, I found God
I'm not downtrodden, lack a great bod, and I be looking more like the crowd on Cape Cod
But ever since I pumped up my Reeboks, before "Fiddy" and his unit from the G block
I been rhyming in the mirror, blending in, like a diamond in the clear, trying to strut it like a peacock
I taught myself how to beat box
When I was listening to J5 and Pete Rock
2Pac and Chief Rock, you know, that we gotcha
Chillin' like a meat locker, hotter than some sriracha
Sip a bitter memory, and make an ugly face as if its nothing but some cheap vodka
Just some fuckin' mind erasers
But I'm from the bay, and we don't spend a dime on chasers

But the sad fact is, most real folks don't get don't get to practice
What we love for a living
We do backflips
And no matter where we're at on the atlas
Earth spins on its axis
Back to the rat race
Run the hampster wheel
At a mad pace
We'll run laps till our last days
Just a beast till the last rose petal drops in the glass case
I'm one of a lucky bunch
But I upchuck my free lunch when sucker punched
I'm fuc*** up, I don't want to free pass
When my ancestors potatoes rotted in the field they would have to eat grass
And folks put on ski masks
When their back's against the wall throwing right hooks
And I just wanna pen verses, write hooks
Man I'm such lucky asshole
Someone fuc*** slap me with my rhymebook

Puntuar All I Ever Wanted