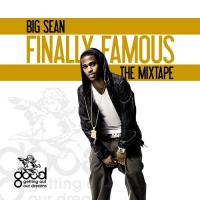 Batter up, forget the sign, here come the wind
He swing away, I knuckle up
Been in the clutch, he drive a stick
No not bat, you missed that, I'm not in fifth gear, switch
Six Bent, chopped and screwed
I ain't talking 'bout the beat, I'm talking 'bout my suit
Keep four hand not like bi-fon-du
When I move they telling me they loving my colours
All that talking 'bout the clothes, I'm talking about the under
Huh, ground sonic kings I rap while pimped with a wease
My audemar maid bring me green tea
Tell foreign election girls, I massage her feet
And she love me long time, my woman stay on her knees
Use the head for prayer only, Bible to say thank you
And now you know for sure that I'm not like you
I'm not shallow, watch out, I just signed a tape
You can't catch a fish unless you got the right bait
And though I have a stable with the best milkshakes
The booty pass, formaldehyde
Abstinent like ebony in fashion league, why? We different
You complain that there's not enough metaphors
I complain that there's not enough candy for us
We got different tastes, you get hot when you're not getting enough green
Uh, some more collard greens? I got enough pepper sauce
You hear things and let 'em go over your head
I write 'em down and Google 'em before I go to bed
'Nough said, pays the parallel park, rim brand, let the driver take a day, Big Sean got the big Benz instead
Yeah, and if you got all that, the result tab, points are factual, red

I miss Cherie Amore I see
Won't you come be my Cherie Amore for me?
Oui oui, baby I can make it better for we
She got that baby phat fat, not Kimora Lee
I used to be underground like the pipeline
Now I'm everywhere like Wi-Fi
So long on to a Don Corleone
Who was known to be known off performing his songs
And that's honest, I'm from a place that's so unprotected
Need more than a condom
But now a ni*** label mates with Common
So how them haters feel? Shit, no comment
You like Kanye? He cool with Hov
Oh, you don't like Hov? Well I know you like Beyoncé
Ain't looking for a wife but, maybe a fiancé
The man on my team from the D like Chauncey
Billups babe, mhmm, and we could leave
I'm tryna beat like 88 keys
High living like we smoke 88 trees
Hot shit baby, I might radiate heat
Excuse me if I don't come all cordial
I don't mean to put you through this whole ordeal
Baby I'm more real
Coming from a city where the niggas keep it popping like Orville