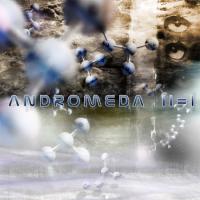 Turning the page, write to cease new ideas
Thoughts, all duly recorded
Maybe someday, all the rhymes, given time
Would get justly rewarded

So long ago, you don't even know how it started
So there you go
Stashing the sketches and drafts of what has become an

Hours and hours of sacrifice, no compromise
Forced as if under orders
Planning to take land sea and skies, but can't decide
When to cross the borders

Encyclopedia of all there is to know
Encyclopedia, but what is there to show

The piles just seem to grow
Is this ambitions one man show
There's only one man watching you, John Doe
He's both on stage and in the front row

Turning around, the objective of the way you lived
Hypothetical fortune, suddenly found
You're at the gate, it's too late
Psychological torture

So long ago, since you should have put it all out there
So now you go
Leaving for us to discover the paths you have tread

Now he will never know
Swept away by the undertow
The world is listening now, John Doe
Come back and reap what you have sown