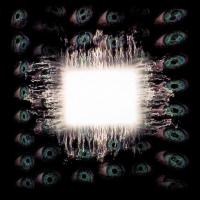 Figlio di puttana, sai che tu sei un pezzo di merda?
Hm? you think you're cool, right? Hm? Hm?
When you kicked out people out of your house
I tell you this, one of three americans die of cancer
You know? ssshole, you're gonna be one of those
I don't have the courage
To kick your ass directly
Don't have enough courage for that
I could, you know
You know you're gonna have another accident?
You know I'm involved with black magic?
Fuck you, die, bastard
You think you're so cool, hm? Asshole
And if I ever see your fucking face around
In Europe or Italy
Well I'll, that time I'm gonna kick your ass
Fuck you, Fucking americans, yankee
You're gonna die outta cancer, I promise
deep pain
No one does what you did to me
You wanna know something? Fuck you
I want your balls smashed, eat shit, bastard
Pezzo di merda, figlio di puttana
I hope somebody in your family dies soon
Crepa, pezzo di merda, e vai
A sucare cazzi su un aereo!

Letras de System Of A Down