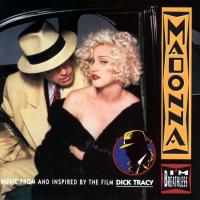 Baby, you're mine on a platter,
I always get my man.

But if you insist, babe, the challenge delights me.
The more you resist, babe, the more it excites me.
And no one I've kissed, babe, ever fights me again.
If you're on my list, it's just a question of when.

This time I'm not only getting, I'm holding my man.