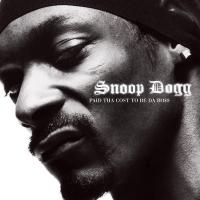 Or they'll call you an Extremist
Or a subversive, or a setatus, or a red or radical
But when you stay radical long enough
And get enough people to like you

You'll get your freedom
So don't run around here tryin' to make friends
With somebody who's deprivin' you of your rights
They're not your friends, no, they ya enemies

I'm the man you think you are
If you want to know what I'll do
Figure out what you'll do
And I'll do the same, only more of it, ni***