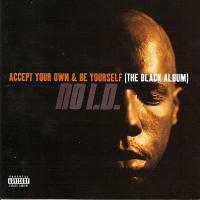 Check it out one time

\"We skate on suckers who perpetrate...\"

Now you got to tell me right now is you man or meese?

Is it man or beast cause I plan to release

Na nah don't tell a soul but I sold my credentials

Skipper off my team, everybody Top Gun

Fortify the army, you can't beat us with a pop gun

I stop one allowed with one thought on my mind

Now put that in your journal better yet in your eternal

We heavy like a sledgehammer, with Know the Ledge grammar

A bad mamma jamma all the way to Alabama

Chi-Town, where we don't fight over coasts

No time for that (word) we burn cells, no time for fat

Through my, pain... I came to bring it

I brought it, to the forefront, work in the back

Beauty Shop with the storefront

I ain't a player, but I'm in the game with you

It's people in my city, that's just as lame as you

Laid the framework now at the door my name work

My flow became land, with mathematics

Piss in unknown spots, givin dap with the same hand

Raps overlaps and fill gaps in the rap industry

For those whose tired of the same similies

Hood stories, and songs to homies in penetentiaries

Chances I take over breaks, to make shit interesting

My city'll hold it down like bends in intersections

Wanted to say Fuck the Police, I ain't had no protection

Got the License to Ill, the real one got suspended in time

Brother you'll see it ain't all about the promo

Think I'll start sportin that instead of Polo, uhh... yo

And lay down law from state to state\"

My telescopic type topics smash your planet when I drop it

Eighty-eight popped it and locked it

I'm pushin three-zero, I plan to be the baddest

And makin sure that what you seein opens up your mind

When I kick the hard to find, strategic, rhyme design

Supersede your average line, intertwine when I combine

I convert poetry to dollars, a risk taker

Money maker got no collar, this one nigga asked me

Well who you be? I be a store ownin real-estate flippin MC

Just makin beats on the side

Another way to survive, I turn around artists

I ain't your average hip-hopper

to get up on the microphone and can't come proper

I be the MC to keep the clubs cold jumpin

I be the MC that's sayin somethin never nothin