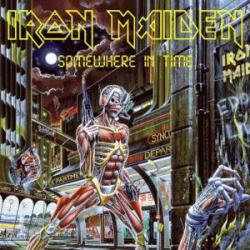 \"My son ask for thyself another
Kingdom, for that which I leave
is too small for thee\"
(King Philip of Macedonia - 339 B.C.)

At the age of nineteen
He became the Macedon King
And he swore to free all of Asia Minor
By the Aegian Sea
In 334 B.C.
He utterly beat the armies of Persia

By the Tigris river
He met King Darius again
And crushed him again in the battle of Arbela
Entering Babylon
And Susa, treasures he found
Took Persepolis the capital of Persia

Marching on, marching on
The battle weary marching side by side
Alexander's army line by line
They wouldn't follow him to India
Tired of the combat, pain and the glory